and thank you to everyone who has left comments and sent emails asking about my whereabouts and/or health. I am fine, just busy with stuff and circumstances.
Hopefully I will be back blogging on a more regular basis now.

I stopped blogging at first because our desktop computer had a bug, my pictures are all on it, and what is a blogpost without some pictures? It took more than a week and Jeff has since fixed it.

I've also been spending most weekdays with GS Gavin while his mommy is teaching. He is a doll and I love him dearly but he prefers me to play with him when he awake and hold him while he sleeps instead of blogging. Gavin likes to crawl into and then just sit in my bottom kitchen drawer. His bottles and dishes were already in this drawer before he claimed it as his playspace. 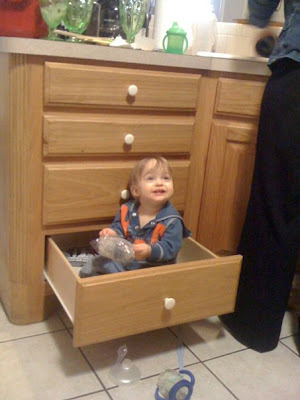 My sweet Aunt Evelyn passed away last week. She was just 10 days short of her 88th birthday. She was my mother's sister and a wonderful mother, wife, aunt, grandmother, woman. She will be missed by all of us. 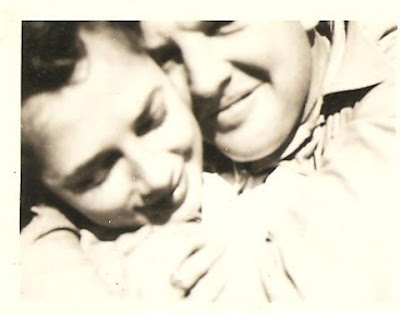 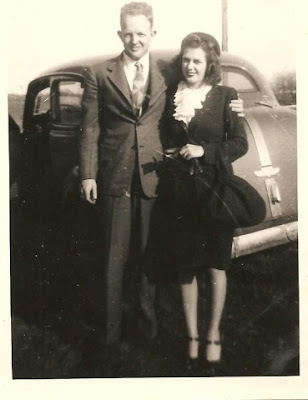 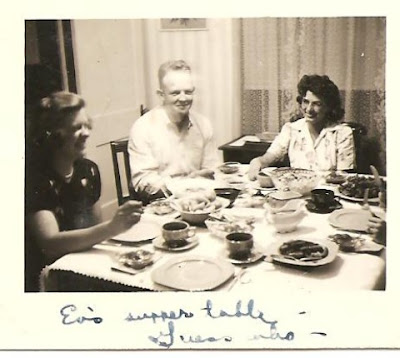 Aunt Evelyn was a wonderful cook and I think this photo of her with a meal she cooked and served is a perfect memory. Aunt Evelyn is on the left. The man in all the pictures is her husband, Uncle Jarvis. They got married right at the end of WWII.
He passed away 5 years ago.
Posted by Rhonda at 9:26 PM 13 comments:

staying busy on these cold days

I don't enjoy being outside on these very cold days so I've been finding things at home to keep me busy. 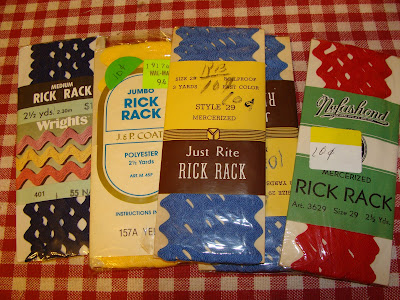 Using up supplies I already had, including this vintage rick rack, some plain tea towels and fabric print made by Debbie Mumm years ago....... 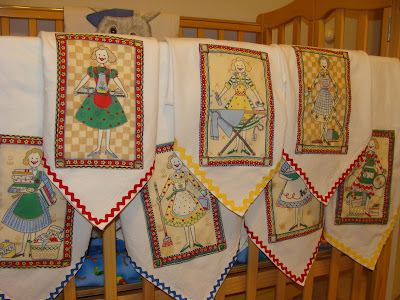 I added decorations to these towels and have 7 new kitchen towels. 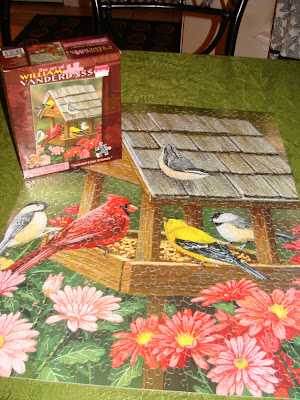 We've worked one jig-saw puzzle - it really enjoyable too 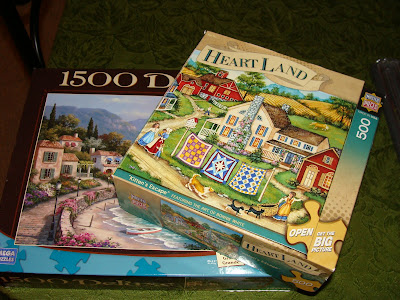 and have 2 more to put together.

and I cleaned under the hall bathroom sink, put down some wallpaper to line the shelf and added a new toilet brush - not an especially fun job but one that needs done every so often. 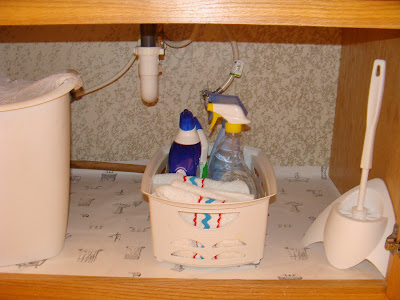 Are you staying busy at home or are you just out in this cold weather not letting it bother you?
Posted by Rhonda at 8:24 AM 20 comments:

Email ThisBlogThis!Share to TwitterShare to FacebookShare to Pinterest
Labels: sewing

Snow - then and now

This picture is of my Aunt Bernice, on a ski trip with some of her girlfriends, probably around the end of WWII, I am not sure of the exact date.
Aunt Bernice was so sweet, very proper and polite in the nicest way.
So the guy skiing with them with no shirt is really funny. I don't know who is, probably just a guy there who was showing off for these 3 pretty young women. 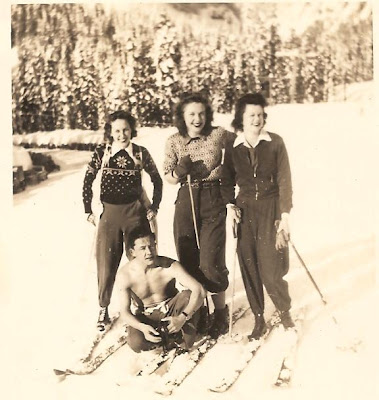 More of Aunt Bernice, I wonder if she fell or is just sitting for the picture. 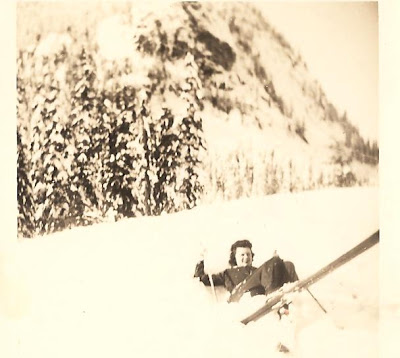 This is our front yard after the Christmas Eve blizzard. And even now, a week and half later, most of it still here. 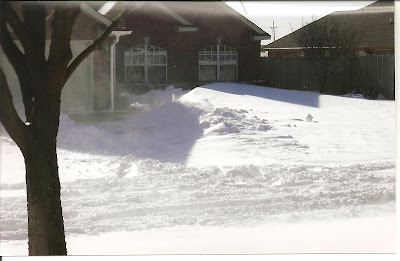 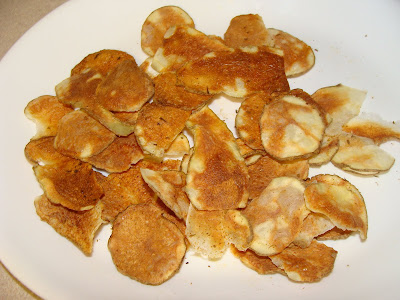 These are really good and so easy - I read about them at Gayle's and followed her link to the original recipe at RecipeZaar
The RecipeZaar one is fairly complicated and has comments by 260 other cooks. So I read some of the comments and took the information I thought would help me and started cooking some potato chips.
Jeff was pretty skeptical when I told him what I was doing, but when the first batch was done, he taste one and then took the plate to the living room and ate them all before I could get the 2nd batch cooked.
They don't taste just like Lays or fried chips but they are very much like the baked chips made by PopChips and Kettle brand.
We had some yesterday with our lunch sandwiches, and made more today to have with our hamburgers.

Here's what worked for me
wash the potatos well, I did not peel mine. Then slice them as thin as possible. I used a vegetable peeler first, then switched to a mandolin. It is important that the slices be uniform in thickness so they will cook at the same speed.
Soak the slices in water for about 15 minutes, then rinse and dry them on towels.
Put a sheet of parchment paper on a microwave safe plate - I used a Corelle platter.
Put a single layer of potato slices on the paper.
Spray very lightly with a Pam type cooking spray.
Sprinkle on seasonings - salt, Cajun, Barbecue, whatver you like
then microwave. Mine took 8-10 minutes to get light brown and crunchy.

You can re-use the same piece of parchment paper for the following batches.

And they will keep for a little while, if you don't eat them when you first make them. We kept some in a covered container and they were just as good as today as they were the day before.
Posted by Rhonda at 7:12 PM 2 comments: