Highlights and low spots from the last 3 weekends

I did not mean to take such a long blogging break. 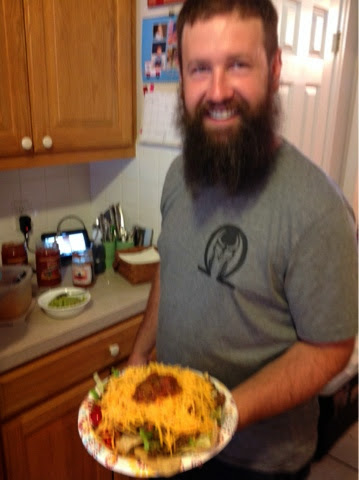 3 weekends ago, we had a big group here for a meal - I think there were 16 of us.
The main course was make your own taco salads.
The day before, I cooked a Dutch oven full of seasoned ground beef. We also had Ranch style beans, tortilla chips, lettuce, tomatoes, onions, assorted salsas, grated cheese and sour cream. 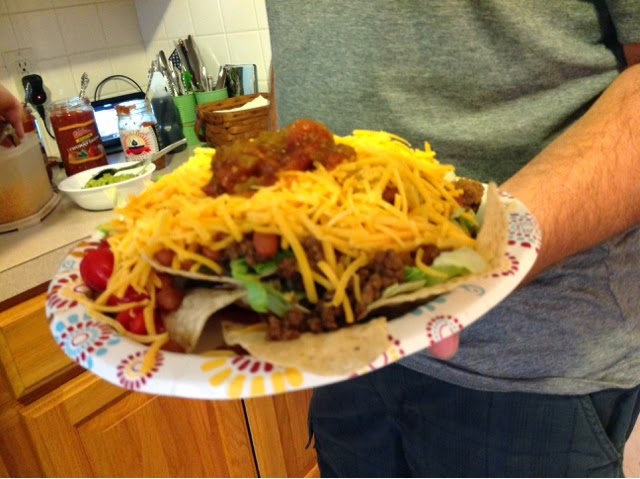 This menu was easy and a crowd pleaser. This is son Bobby showing his Taco Salad.
The 2 oldest grands were just amazed at how large some of the adults made their salads. They were giggling as they described the big salads as volcanos with lava on top and running down the sides. 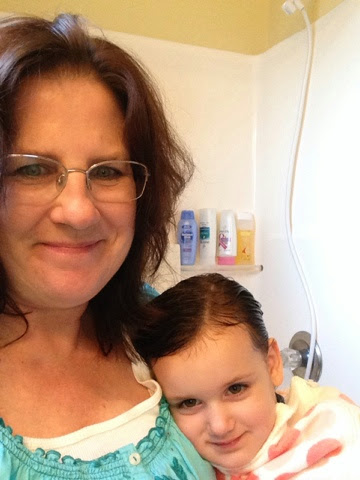 This is a silly selfie that I took in the bathroom after Andie took a bath - I love this little sweetie!
2 weekends ago, I went to my parents house with my husband and son Jimmy.  We visited and I did a little cooking and we all cleaned out some more storage spots.
1 weekend ago, my husband and I were out to do a couple errands. We were traveling south on a 4 lane road. Another driver was going north on this same road. Then she decided to turn west and she turned right in front of us. My husband tried to stop but it happened so fast and we collided. 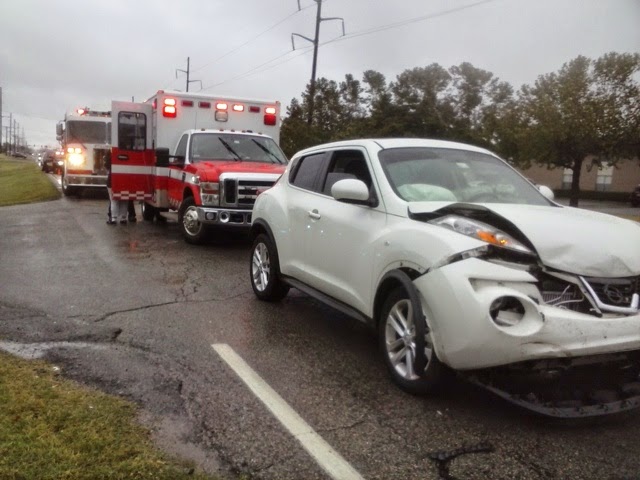 That's our car- a 2014 Juke with 6000 miles-
Both our airbags deployed and that is an experience I hope I never have again. 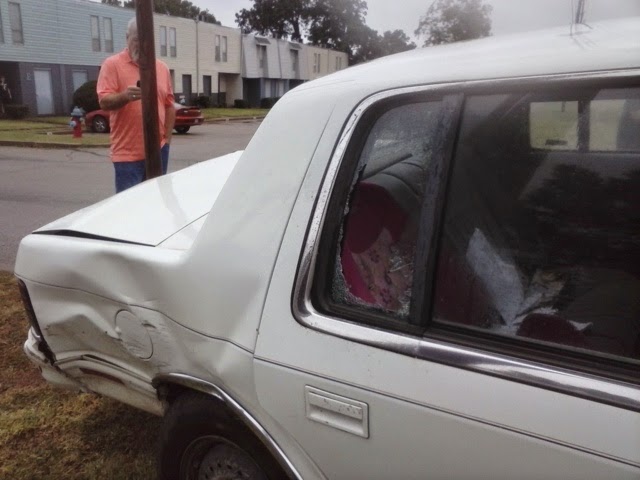 This is the other drivers car. Her daughter was in that car seat during the collision. They were both unhurt except for a cut on the little girls head where the broken window glass blew in on her.
I still can't believe this young mother was so reckless to turn her car into ongoing traffic, especially on the side where her daughter was.
If my husband had not braked as much as he did, we would of collided where the child was and I think she would of had much worse injuries. I am so thankful it was not as bad as it could of been.
The airbag deployment hit me hard. I went to the ER and was Xrayed. Nothing is broke or fractured but  I have acute sternal contusions - meaning deep bruising that still has me sore and doing everything a lot slower.
The mother was ticketed and we all have insurance so all the vehicles will get repaired or replaced.
I just hope when she is back behind the wheel that she drives a lot more cautiously.
And a funny for you - those grandchildren sure get old fast, don't they? 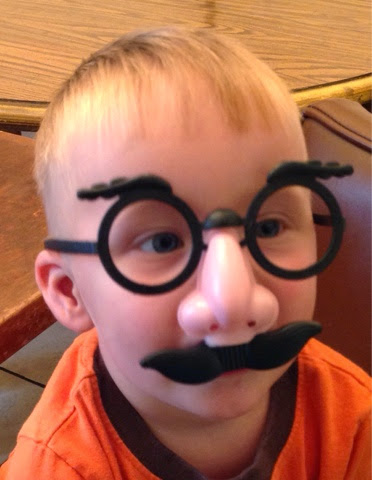