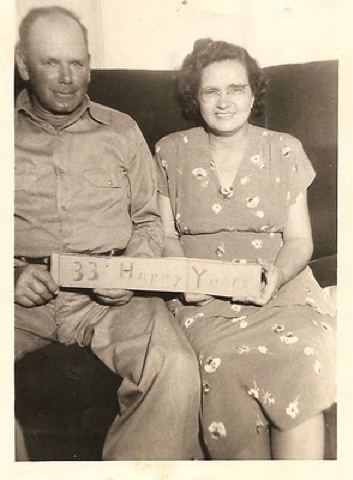 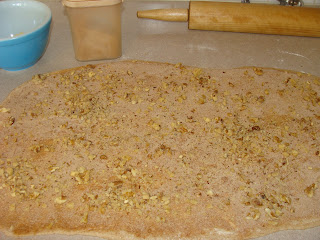 I also added some chopped walnuts to this batch.  Then just roll them up and slice to the size rolls desired. 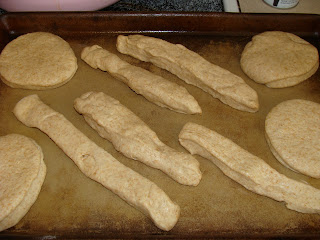 4 hamburger buns and 5 hotdog buns, cut from the other half of the recipe.  In case you are wondering,  I used about 2 cups of whole wheat flour and not quite 4 cups of white flour for this batch of bread dough, 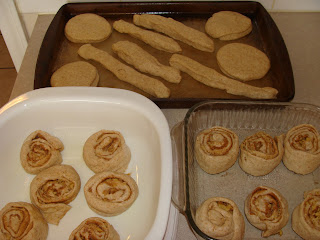 The rolls look little before the yeast has time to rise. 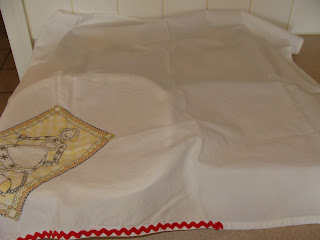 So, they rested under a towel for about an hour or more.  I think the whole wheat version takes longer to rise than when all white flour is used. 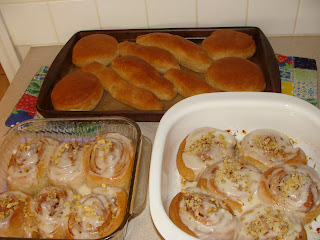 all baked and cooled.
The cinnamon rolls got a little frosting and more walnuts on top.
We had burgers for supper last night and for lunch today.
Most of the cinnamon rolls and the hot dog buns went in the freezer for future meals.
My friend Terri who you probably know as Penny Ann Poundwise made some beautiful loaves of bread from this recipe and posted them  here.

I am going to have to break down and try this recipe. I never have good luck with yeast. I don't what I do wrong. But, these cinnamon rolls look so, so good!!!

Oh yummy!!! Rhonda, if it was early morning when I read this, I would be in the kitchen in an instant whipping up a batch of cinnamon rolls! Yours looks so good! I love them, but I really make them for my husband, Ray. He really enjoys them. I think I will make them for Valentine's Day perhaps!
All of your buns look so wonderful. For some reason I have never had any luck making hamburger buns. But it looks like you have cut your out with a cutter, I think I will try that next time. That may have something to do with it. Do you think?
Hugs, Cindy

Hi Rhonda,
It's me again. Thanks for answering back so quickly. I had never thought of using a can! That would be perfect. Thanks for the idea.
Hugs, Cindy

Love Grandpa's recipe. I've not used it for cinnamon rolls but yours look great!

This looks great. I want to make some hamburger buns. That would be fun.

I've been craving cinnamon rolls. You already know I like your recipe. :-)

oh those look so good...I have not made any yeast bread recipes for awhile...hmmm

Susan, I too had problems with yeast until I got a new thermometer. I make sure the water isn't too hot or too cold and it has made a world of difference in my baking, and my confidence too.