A little baking and some littles painting

When I rummaged around the fridge for produce yesterday, I found this never opened pint of heavy cream.  It was hiding on a middle shelf way in the back.  It was almost a month out of date but I was brave and opened it.  The cream was just fine so I mixed up a double batch of a tried and true biscuit.

I've made this recipe many times.  I keep the biscuits in the freezer and then just take out how many I need to bake for a breakfast.  The recipe uses cream instead of milk and shortening and is very quick to mix up. 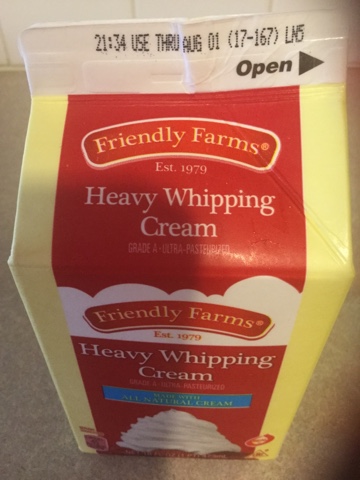 .
I was wanting to bake something from the Mary Berry cookbook I showed in the previous post and I picked this very simple Fork Cookies recipe.  I doubled the recipe and added some vanilla.

This dough mixes up fast and was in the oven baking in very little time.
We packed some in a tin for our house and some in a jar for my parents.
I like this recipe a lot, it makes a nice butter cookie.  It was not the grands favorite cookie though, they didn't think the Fork Cookies were sweet. 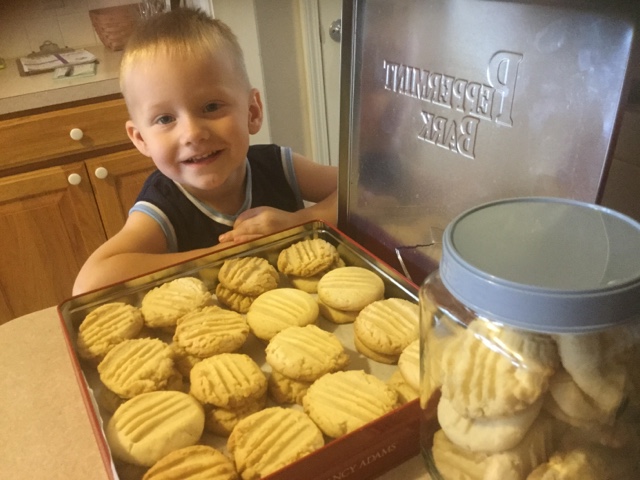 4 of the grands had a Friday night sleepover here.
We had homemade pizza and fruit for supper.  Then we walked down to a little pond in our neighborhood where the children climbed in a big tree and threw sticks into the pond and just had fun.

With supervision from their uncle, they painted a dozen Sun Catchers from a kit.  It was a good project for the older 2.  The younger 2 enjoyed painting 1 each and then they were off to play. 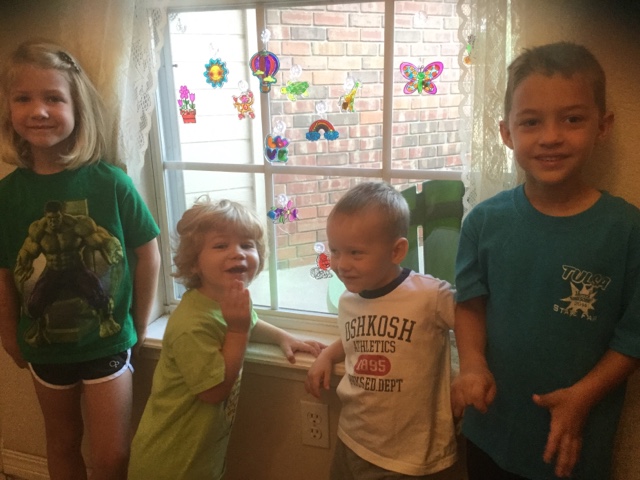