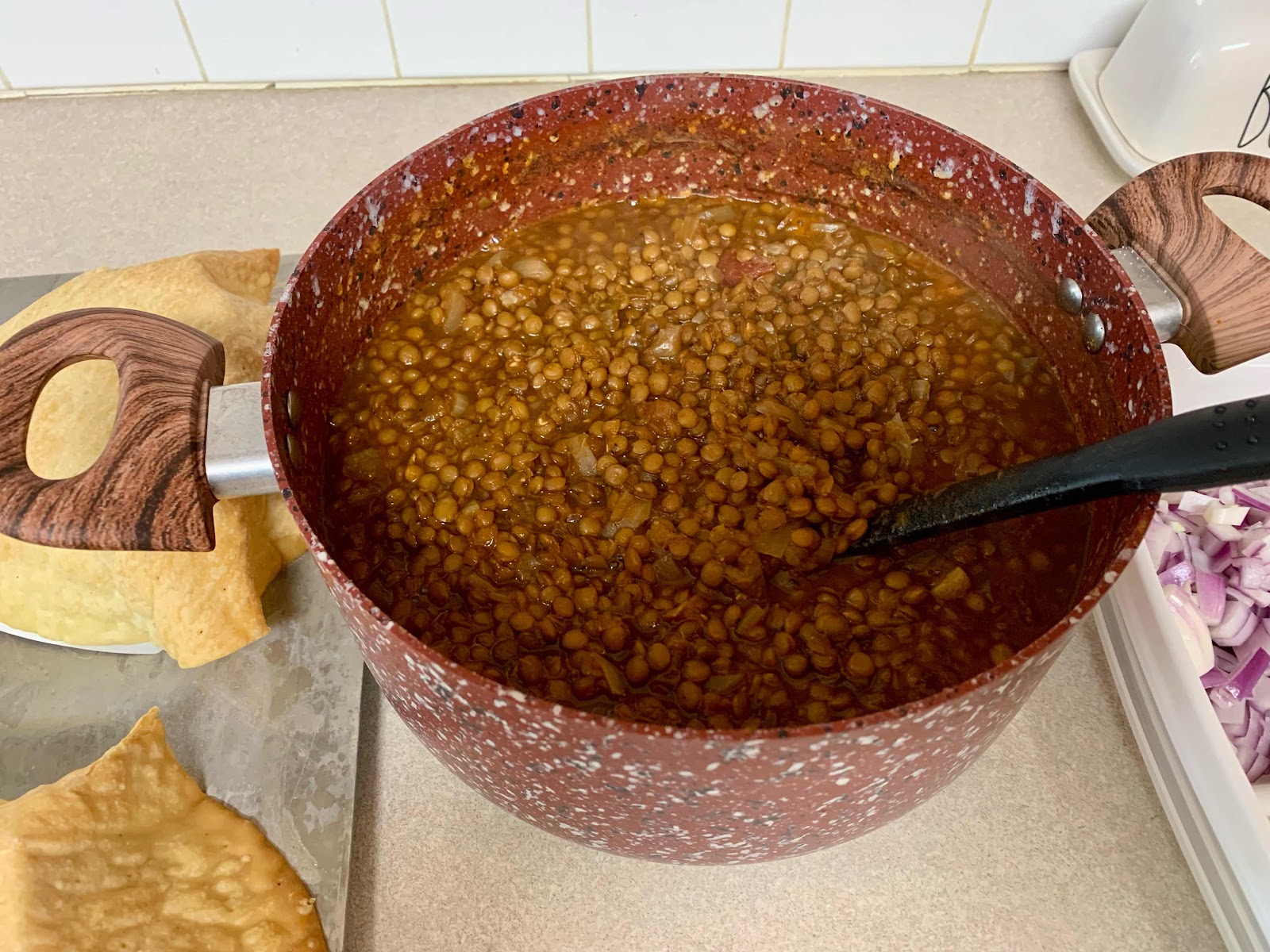 We have really become fans of lentil tacos.  They taste good, they cook quick, they’re healthy and they don’t cost much.
I came across a different lentil taco recipe I used a few years ago and I remade a triple batch of them today.
The recipe is written for a slow cooker but I cooked them on the stove top today.
They could be vegetarian or vegan but I used homemade chicken broth.
Slow cooker lentil tacos
1 cup chopped onion
1 cup brown lentils, rinsed
1/2 t garlic salt
1 T chili powder
1/2 t oregano
2 t cumin
Black pepper as desired
1 can of green chili and tomatoes- Rotel, 10 ounce or so (I used Aldi ones) OR 1 cup salsa
2 cups water
2 bouillon cubes- vegetable bouillon would be vegetarian but I used chicken as that’s what I had
Put all the ingredients in a slow cooker, stir, cover and cook on high 4 hours, until the lentils are tender.
I had to add about a cup of water halfway through.
So plan to check on the lentils a couple of times during cooking.
You want the lentils to cook and not dry up but the finished dish should not be juicy. 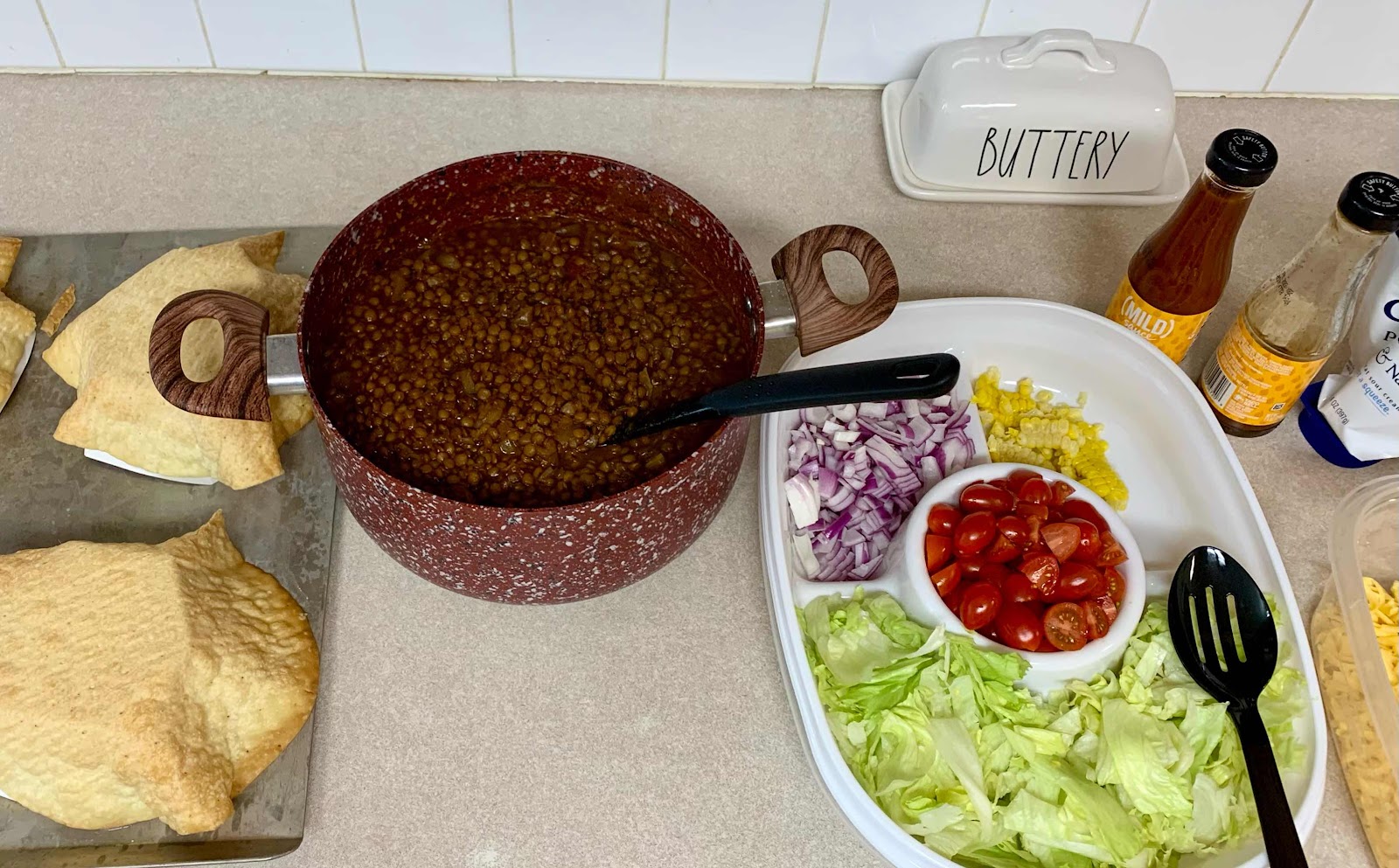 We had them as taco salads and will have them one more time this week.
I had a box of the 4 taco salad shells that needed used so that’s why we will have them twice so close together.
I’ve never been a wasteful cook but current grocery prices have me even more cautious about not wasting. 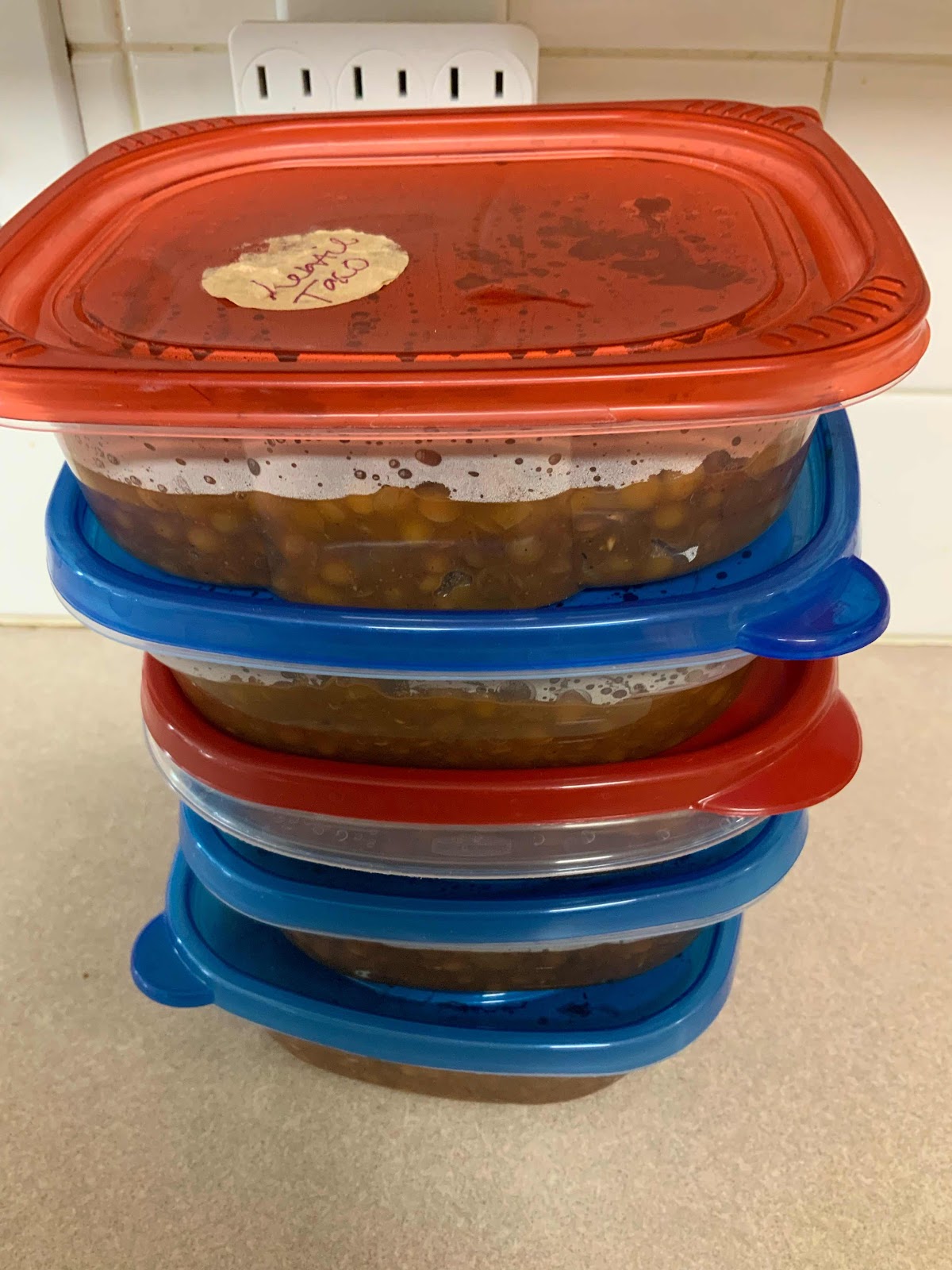 And the rest of that triple batch of lentil tacos are now in the freezer for future meals- especially when I haven’t planned ahead and need a meal fast.
And I promise not to post about lentils again, at least for awhile.
❤️ Rhonda
Posted by Rhonda at 7:14 PM

I am so going to add this to my meal rotation. I have so many lentils.

Another here with an abundance of lentils. Must give this a try. Thanks for sharing.

I need to try those! Thanks for the recipe! Happy New Year~~ Jane

Im sorry but Im stealing this recipe...
I have so many lentils in the pantry..
Thank you
Phoebe x