Hello everyone
I cooked a few different things over the last few days and got a little sewing done,
I made some breakfast burritos that have been frozen and can be microwaved in a paper towel to reheat 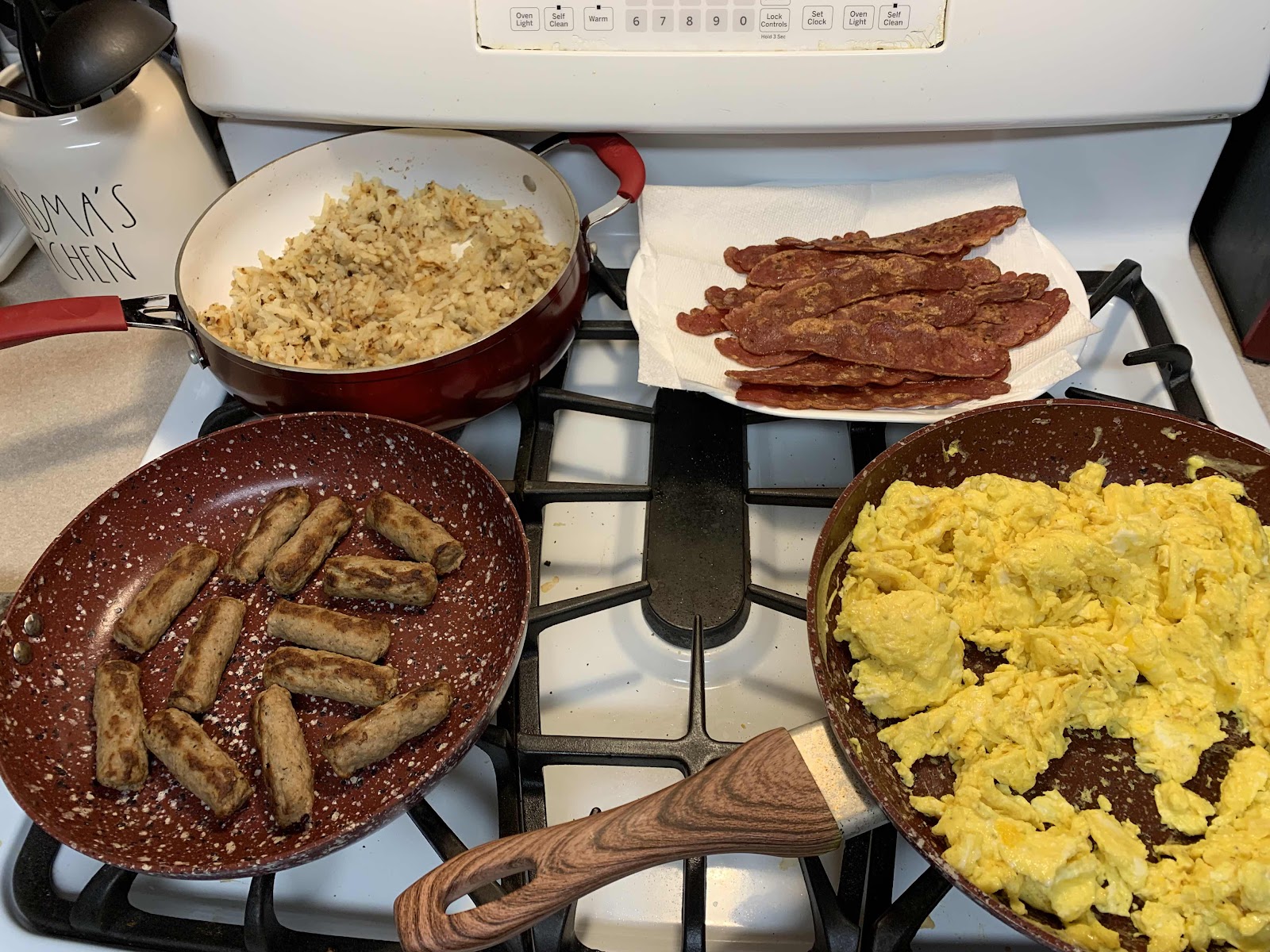 Hash browns, Turkey bacon and sausage and scrambled eggs- my daughter and 3 grands were here and we ate breakfast with all this food and I made breakfast burritos- 2 birds with 1 stone 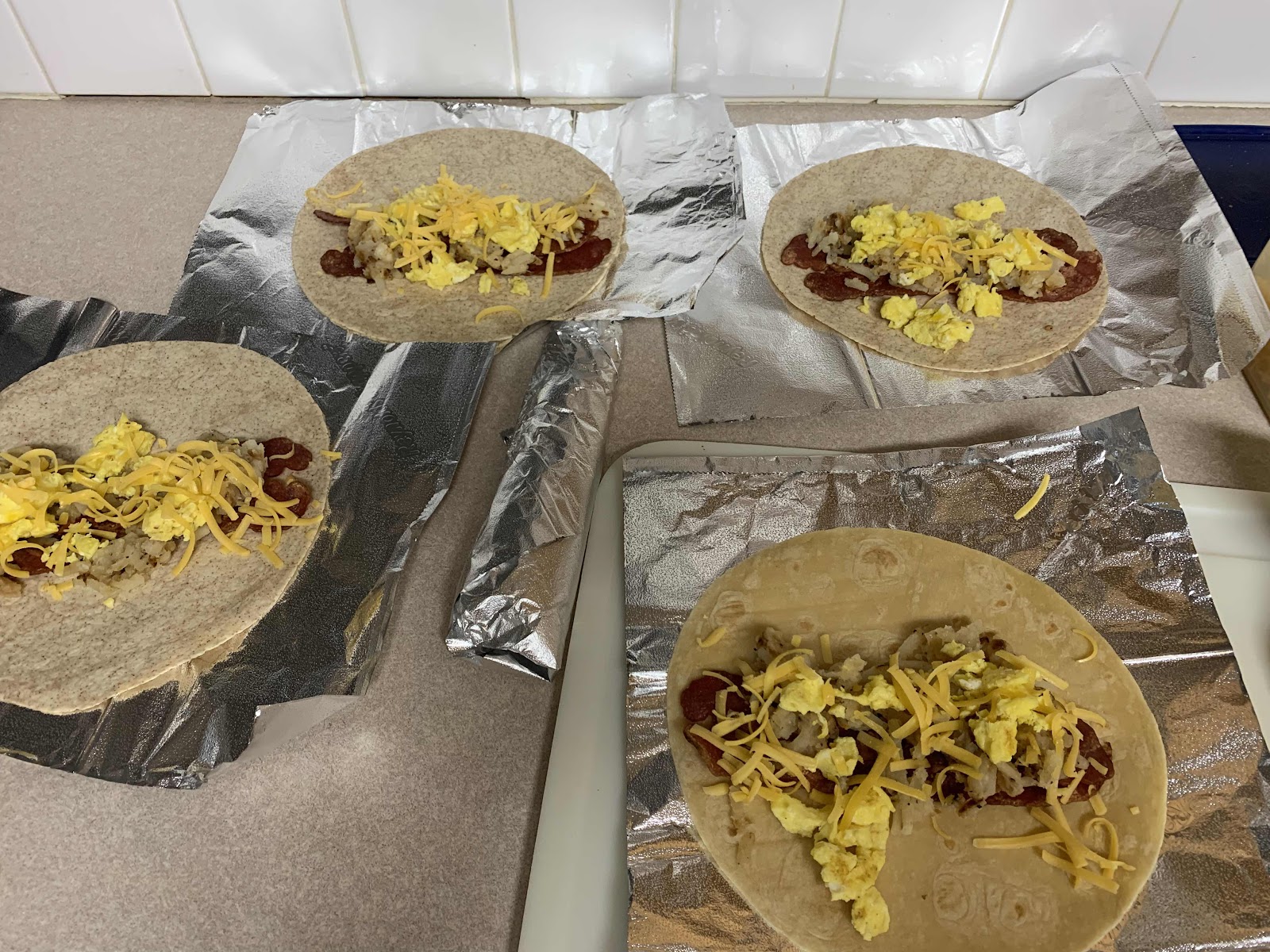 After they were rolled in foil,  I out them all back into one of tortilla bags and froze them 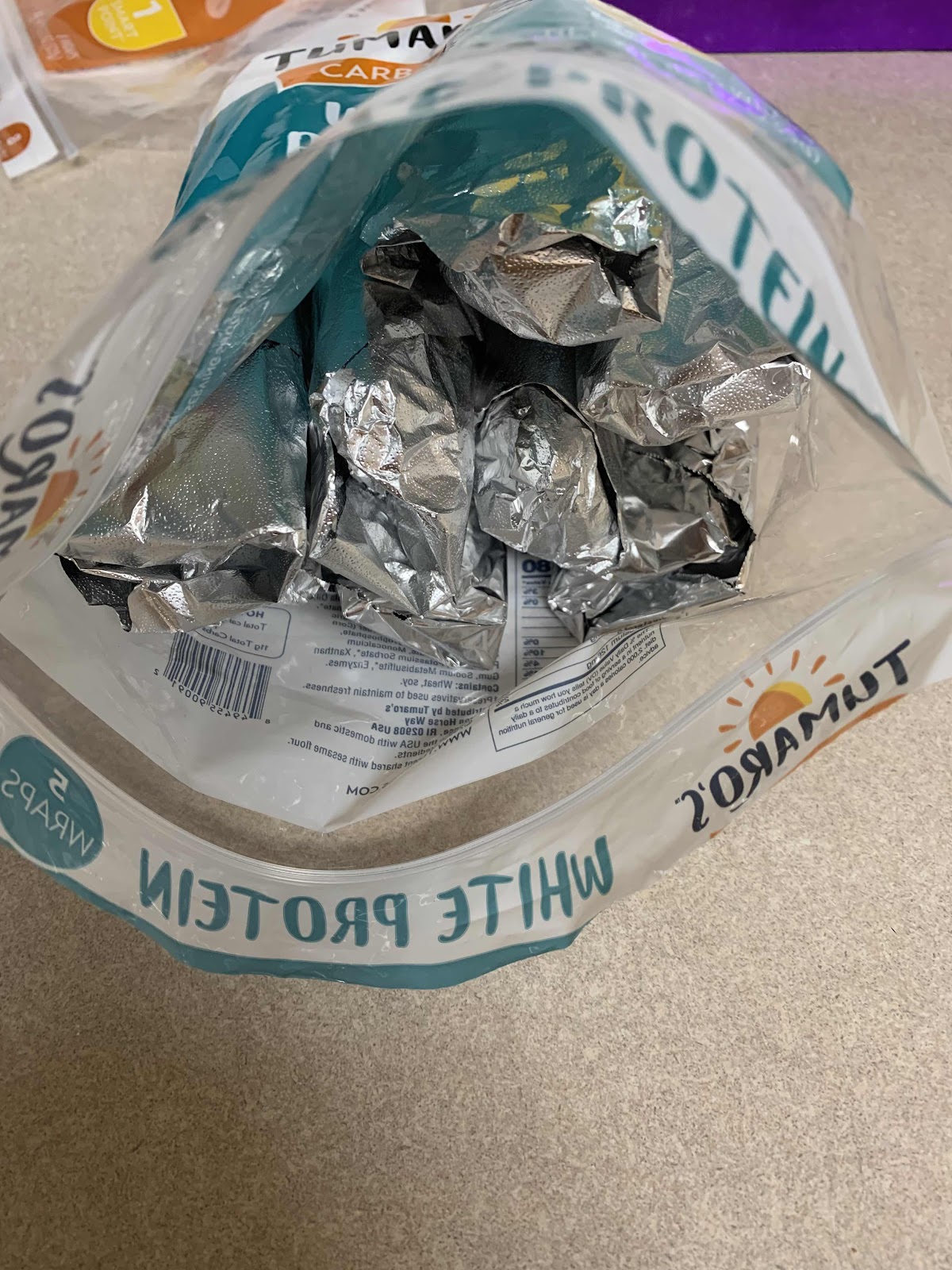 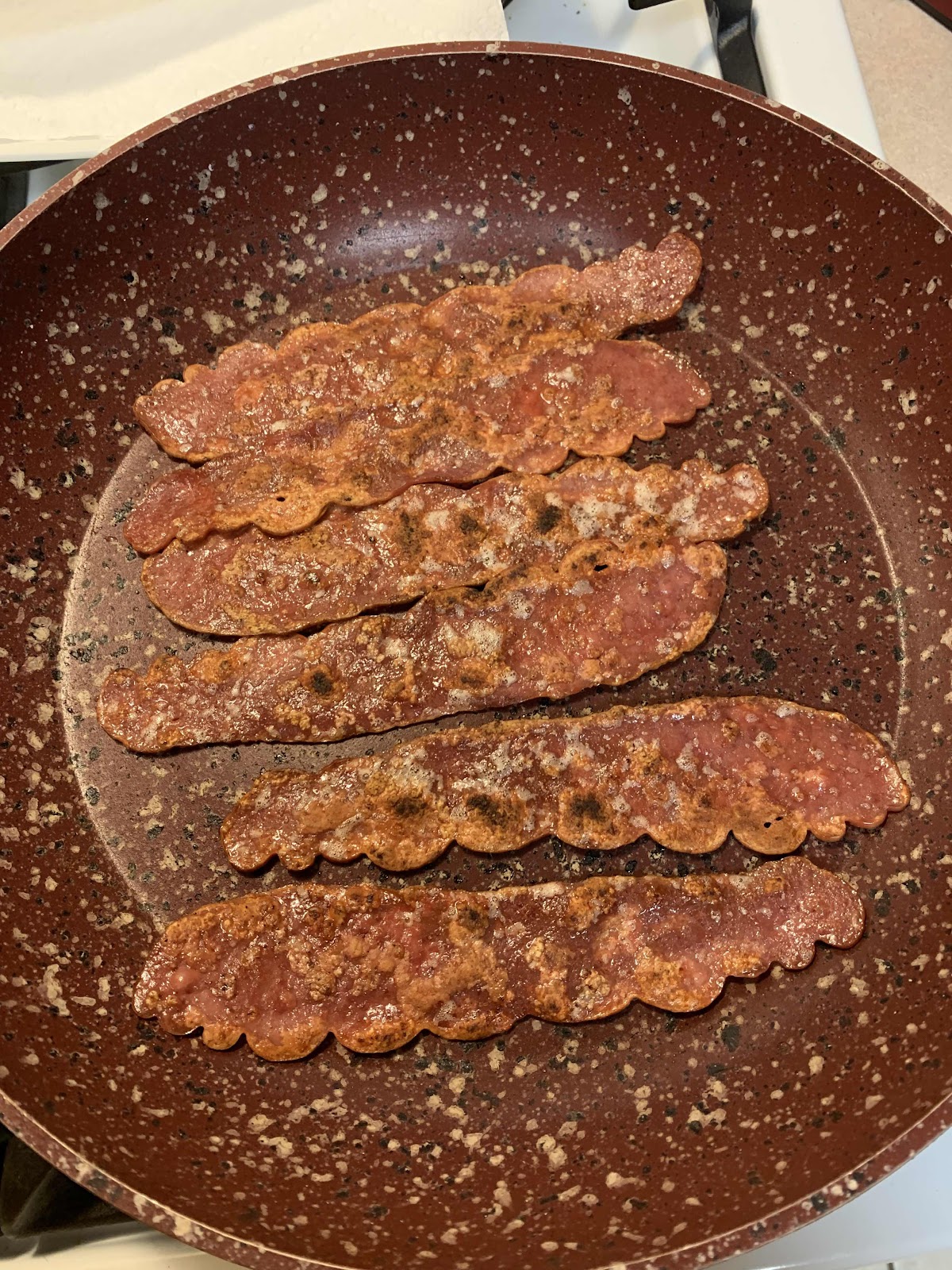 Our favorite bacon is Butterball Turkey bacon- the slices don’t shrink much and the skillet doesn’t end up full of grease,
It does not taste exactly like pork bacon but it is very good. 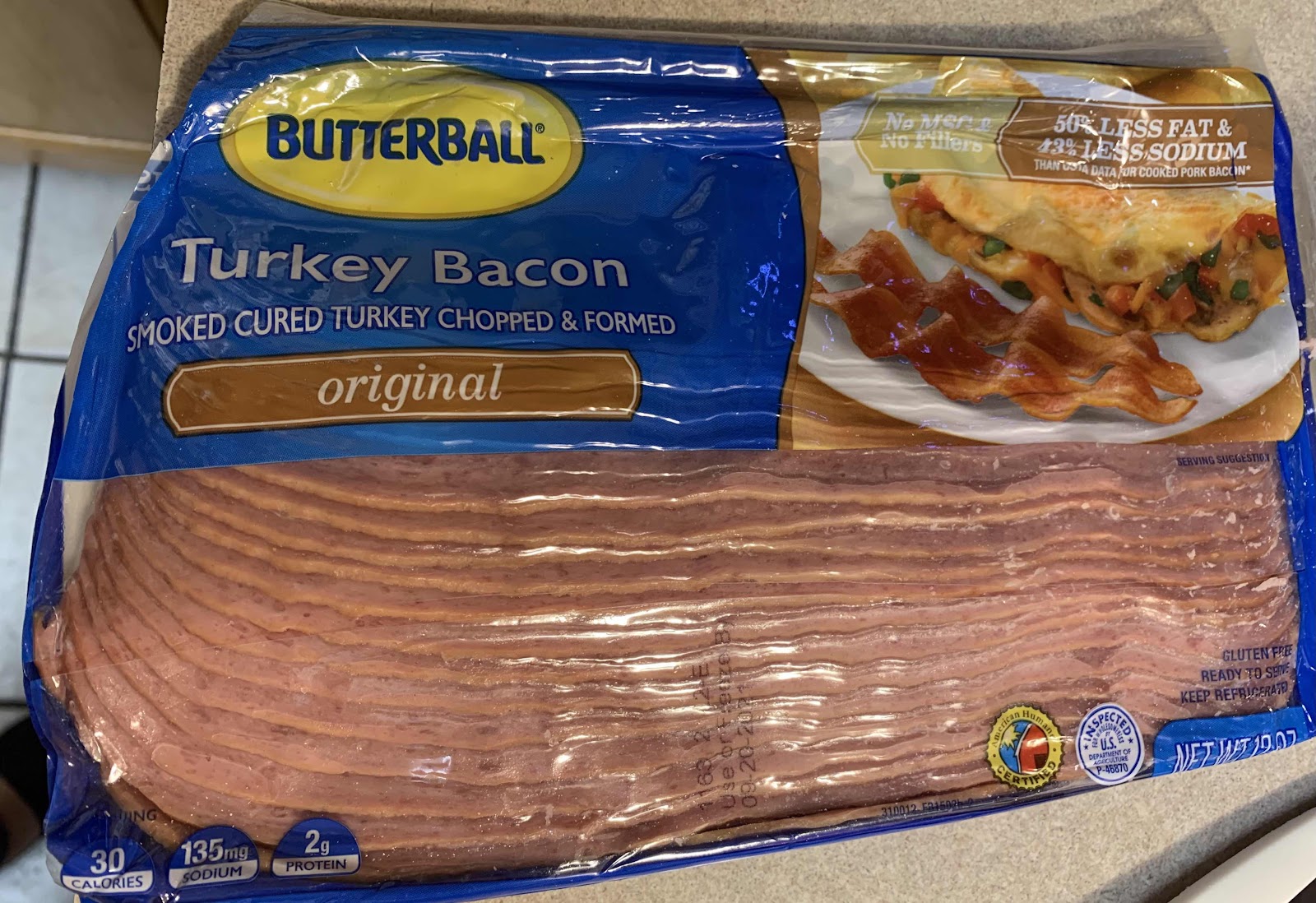 I saw a story about Gideon’s Bakehouse is near Disney World that sells huge cookies.  I don’t normally bake over the top recipes like this but I really wanted to try these, 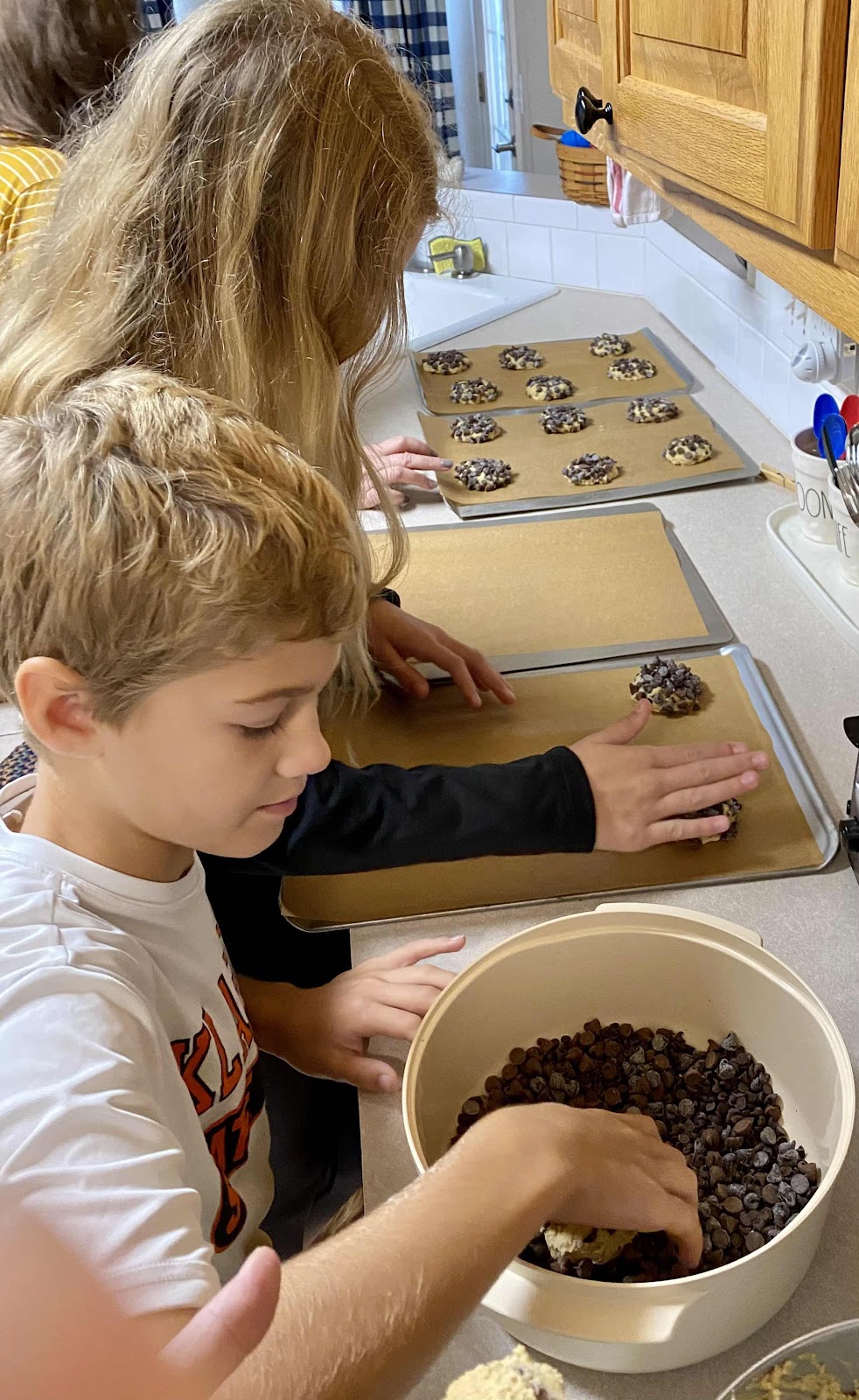 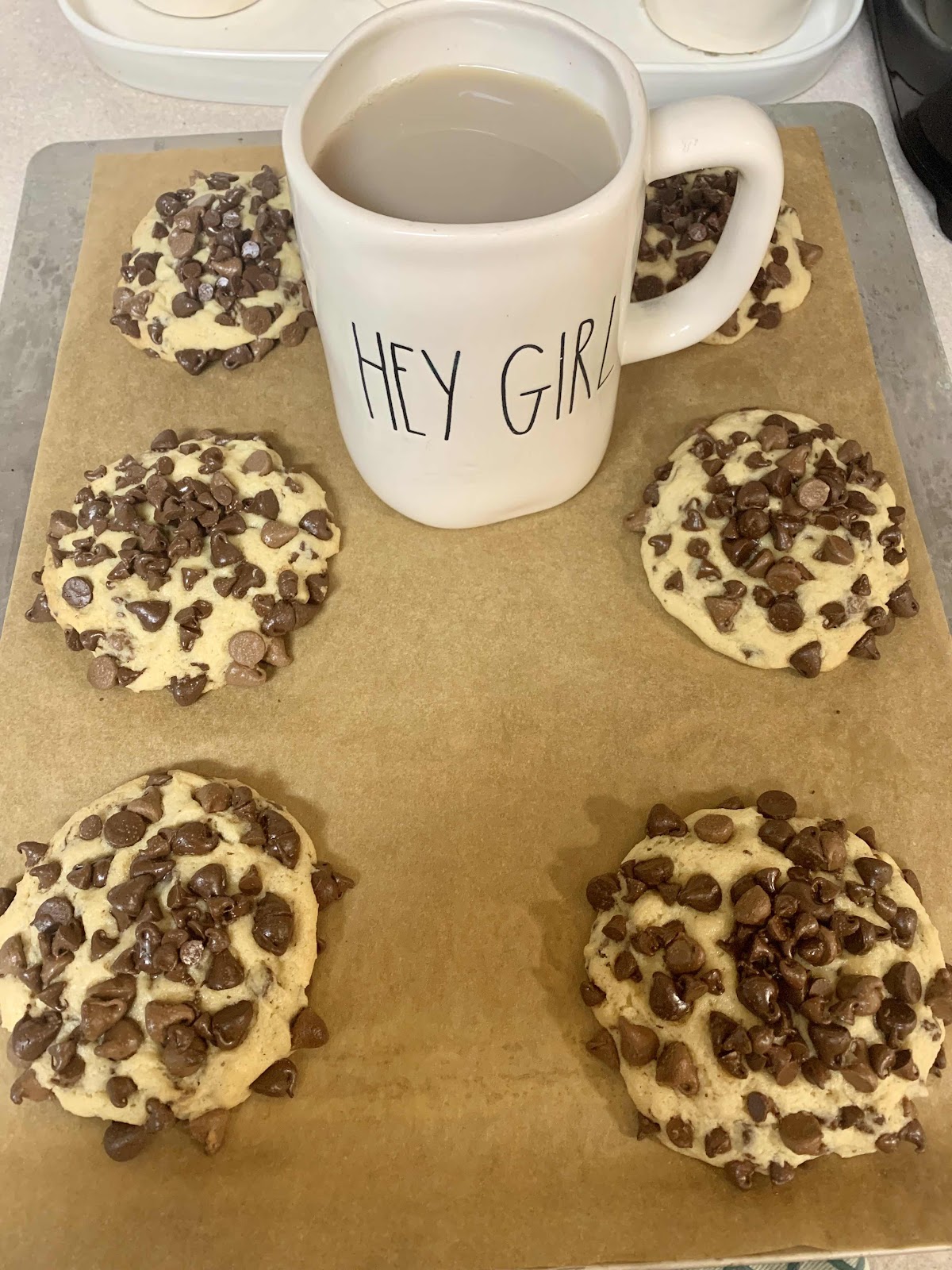 The cookies were delicious but I thought they would of better if the toppings had more variety- like chocolate chips, peanut butter chips and nuts instead of 3 kinds of chocolate,
https://cookiesandcups.com/ultimate-chocolate-chip-cookies/
We kept enough here for everyone to have 1 and the rest went to my son in law’s work for his coworkers.
It was warm that day and the chocolate wasn’t set enough to bag the cookies,  so we just put them in foam plates and stacked them in boxes where they wouldn’t touch. 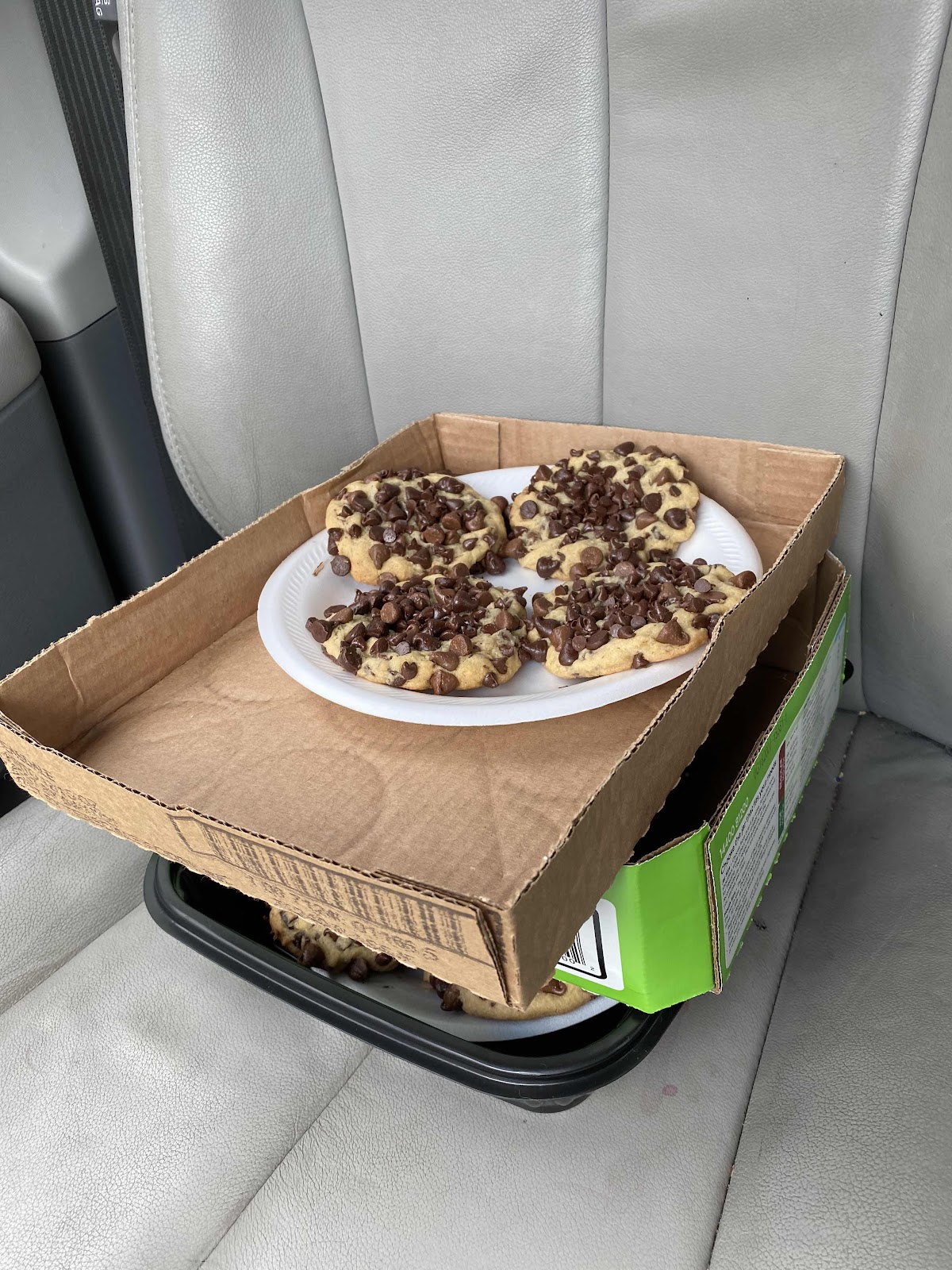 The cookies were so big that 4 of them fill one plate!
On to sewing-  I’ve got half of the yellow checked napkins hemmed.
I used the rest of that fall themed printed fabric panel that used for Cora’s shirts to make a wall hanging and 2 pillow shams 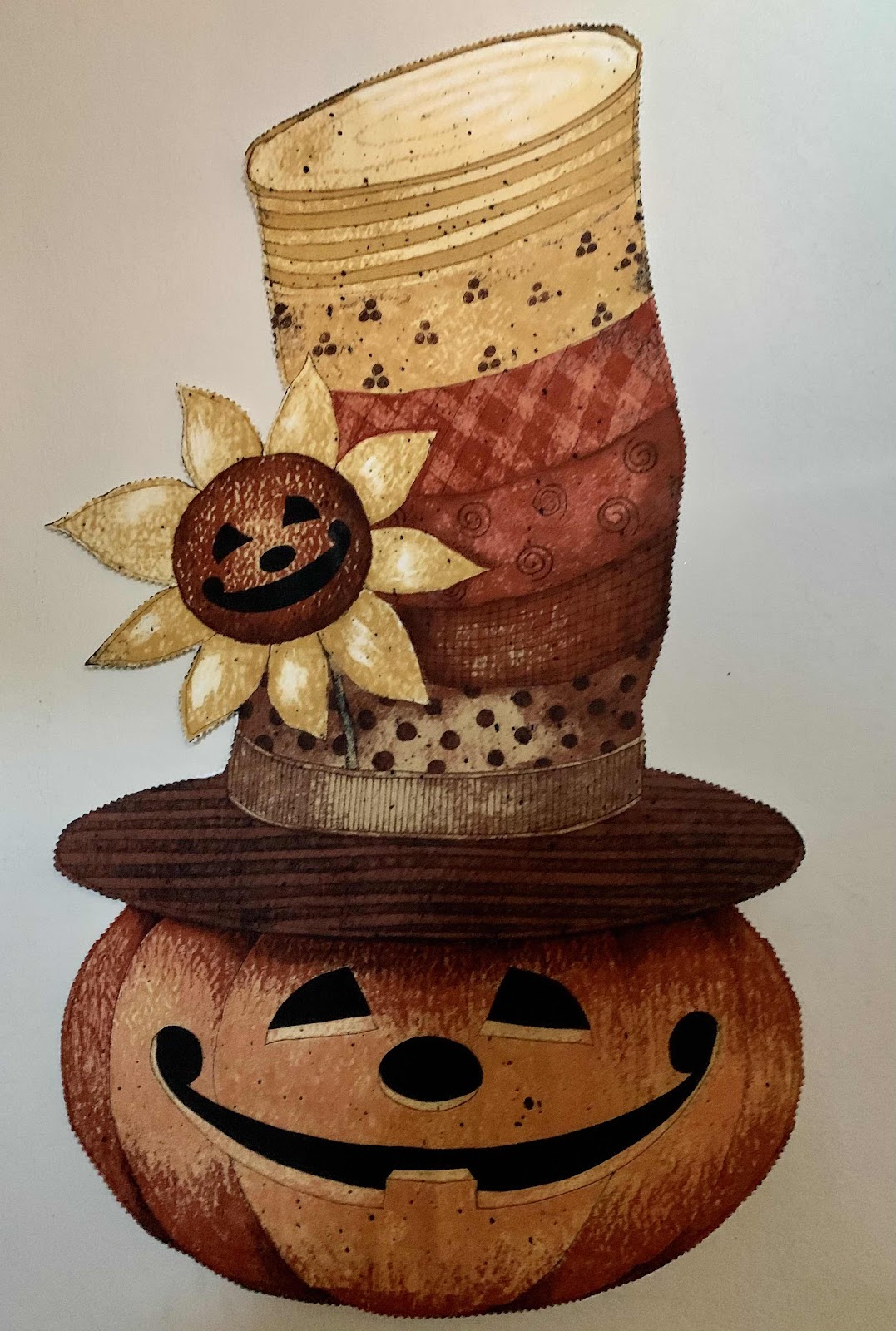 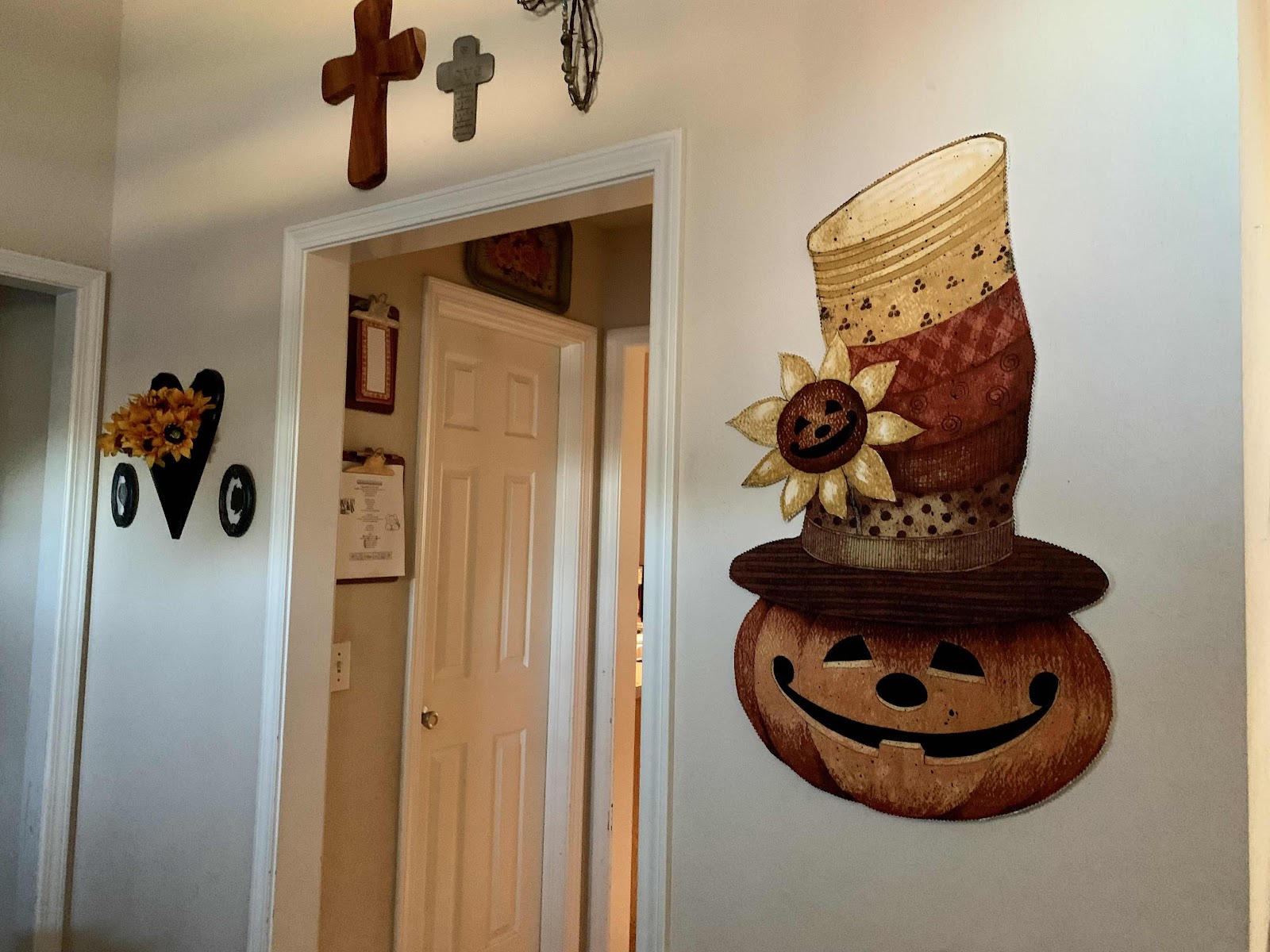 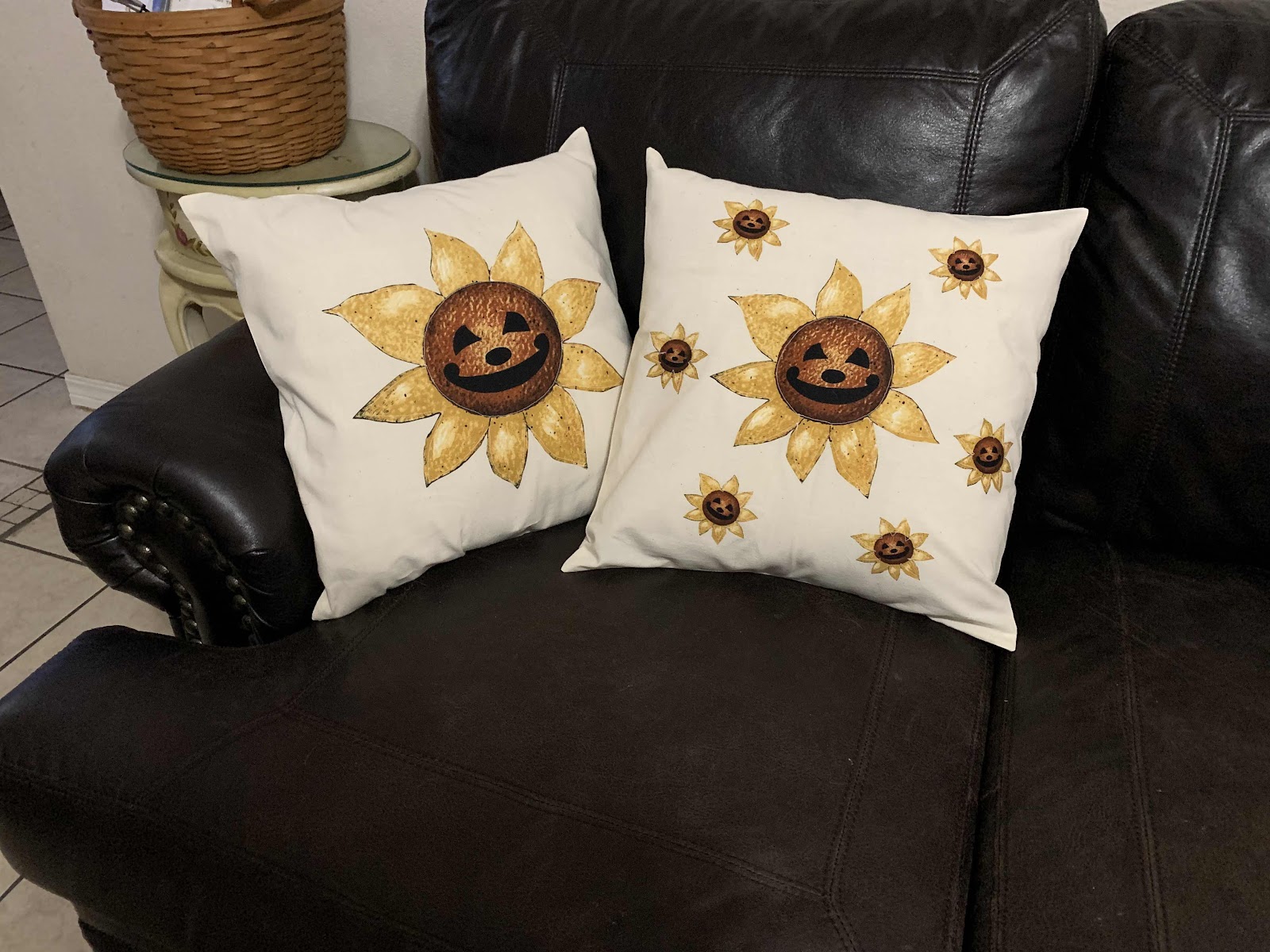 Replies
About our storm shelter,  it’s a 10 foot square, concrete, above ground building. The Concrete walls are 8 inch thick and will survive an F5 tornado.
It’s on the edge of our patio and just a few yards from the backdoor.
This summer, the grands had fun painting it with water. 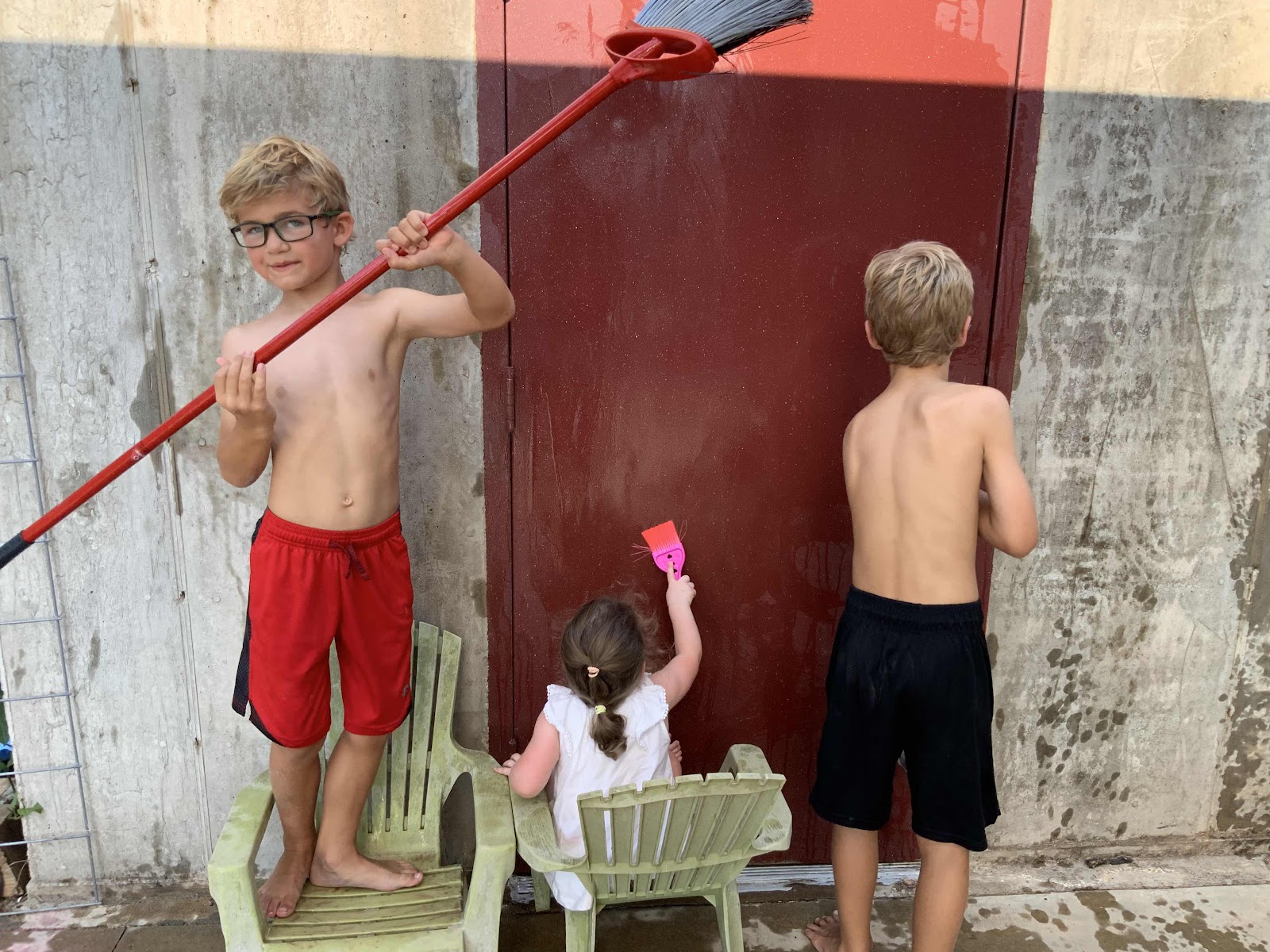 It’s an ugly building but I don’t mind,  it looks like safety to me.
In Oklahoma,  we mostly have clay, rocky soil that is hard to dig and doesn’t drain well so basements don’t work in most places.
In ground shelters are another option but they are usually very small and sometimes flood because heavy rains frequently come with tornados,
And one more food thing- these 2 had a big time building with marshmallows and toothpicks.  They also tried using candy corn but it was too hard 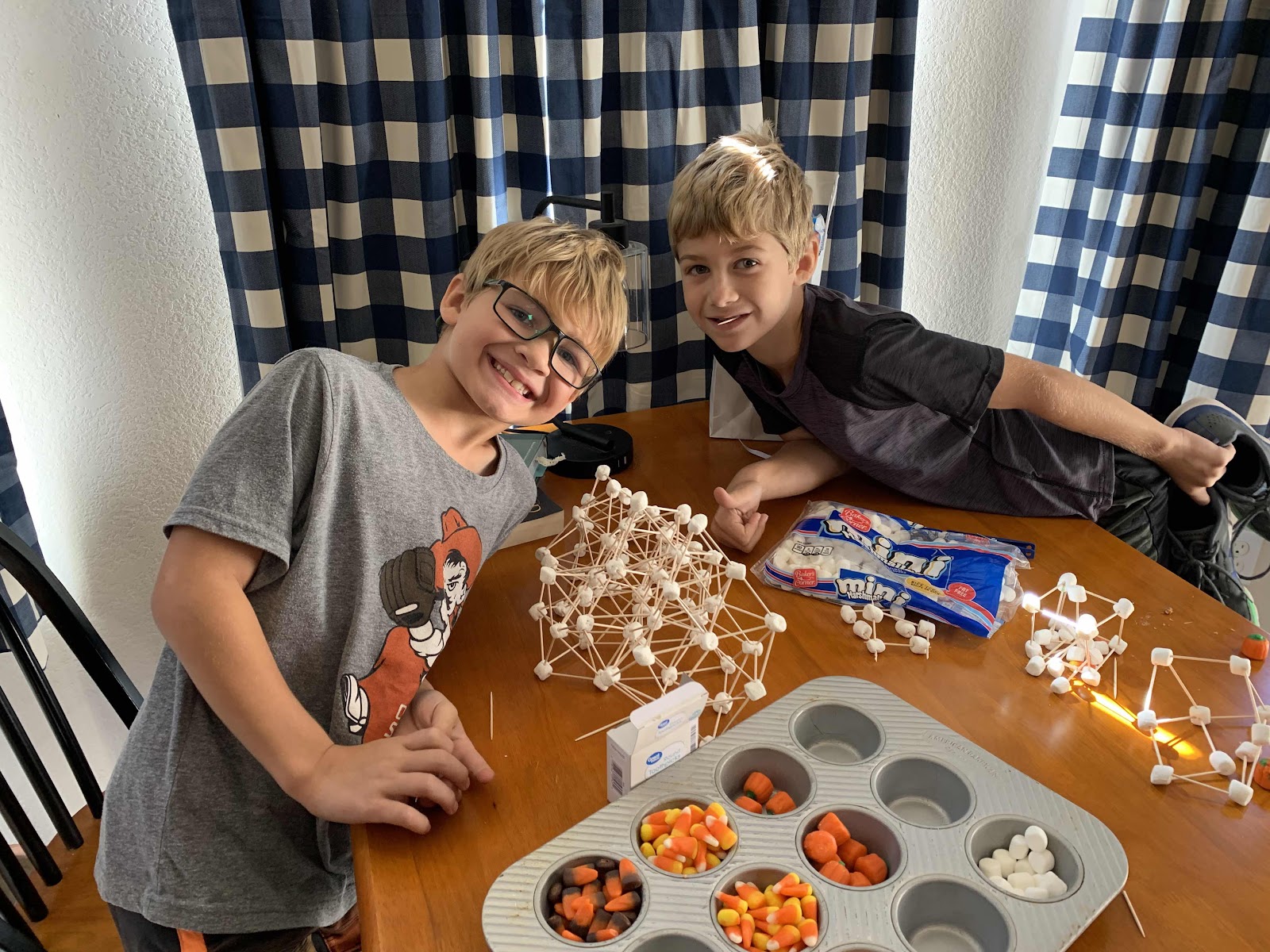 Hope you all are having a good weekend
❤️ Rhonda

I like all the sewing you have done. And, the toothpicks and marshmallow things are a cute idea. My friend has a tornado shelter in his garage. It is a metal box. The idea of a shelter is great, whatever kind it is or how it looks. How do eggs hold up to freezing? Are they tough when heated? Do you heat in oven or microwave. There are some cookies in a shop around here that are about two inches high. I want to make some of those. Chocolate all the way, as many kinds as you want suits me.

The cookies look so good, as do the cuties doing the helping!

Thx for the explanation about the storm shelter. Do you keep things in there like flashlights, water, radio, and so on? I suppose you would only need to be in there a short time. Do your neighbors have those too? Or would other people want to come in with you?

That is one huge storm shelter!!

Love what you did with the remains of the fabric. Those pillow are awesome.

Love the giant cookies! When my kids were small, it was a thing in this area to bake and sell big cookies at garage sales. We did this a few times for our community garage sale days, and they were a hit.

We got some new-to-us chicken breakfast sausages at Costco when we were there recently. I scrambled a couple of eggs this morning, then put some of those sausages on top for Greg to have breakfast at work. I hope they're good! Lol. I don't care for turkey bacon, but these may be a healthier option than real bacon if they're tasty.