Hello
We have pretty much abandoned our garden -because I was busy and husband was down with his back so much over the summer,
But he was checking on what we needed to do to clean it up for winter and what a surprise to find all these peppers! 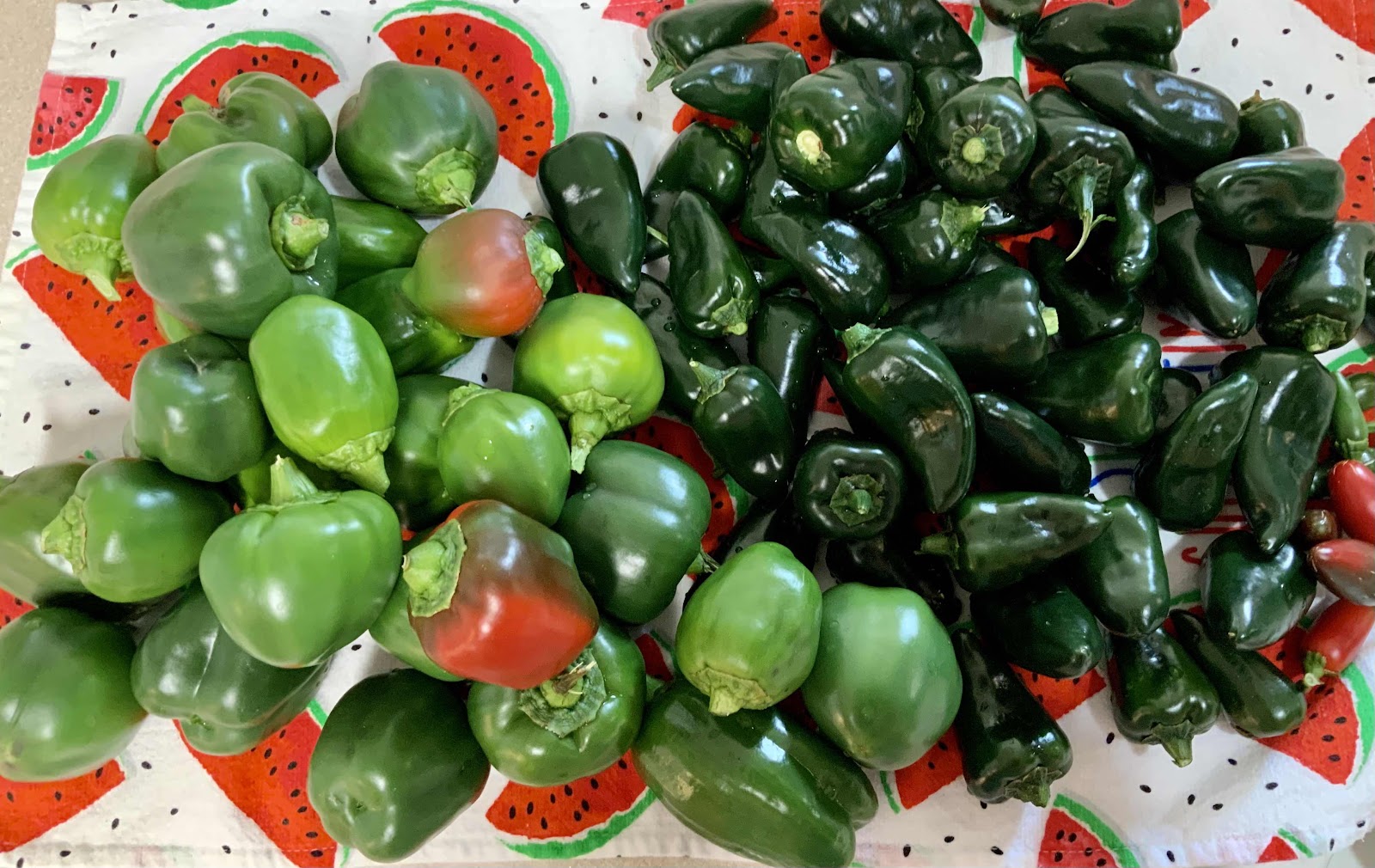 So we had fajita bowls for supper last night and will have stuffed peppers maybe tomorrow
I tried a popular person’s Candied Pecans recipe-but they just ended up tasting like  roasted pecans as the butter sugar mixture did not stick.
This recipe was done in a skillet.  In the past, I’ve done other candied nuts recipes in the oven that I liked much better.
Grandchildren were here and none of these went to waste but they didn’t turn out at all like I expected. 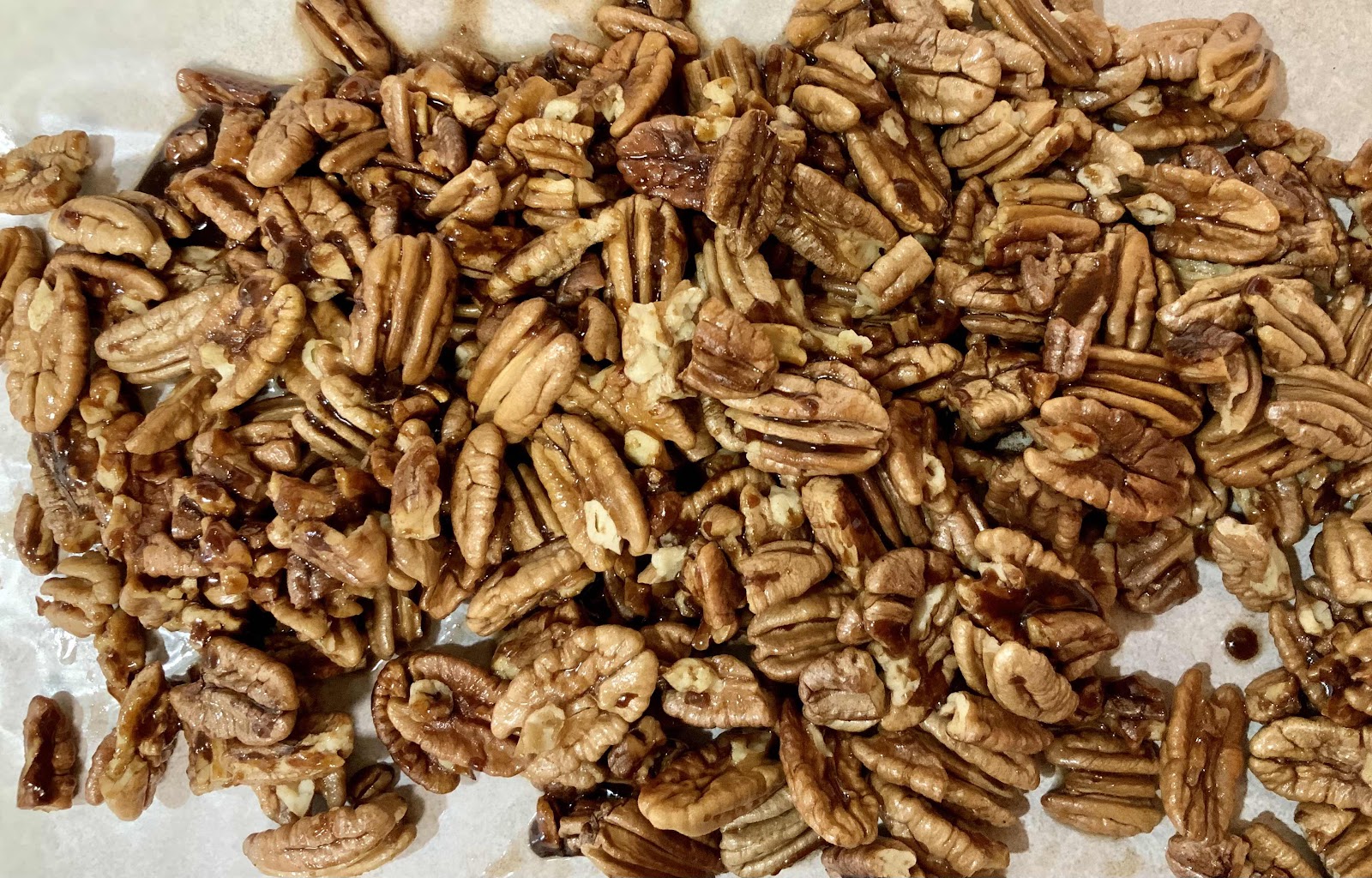 I was given a bread machine - I’ve owned several bread machines but have worn them all out.
This is a Kenmore and it was still sealed in the box and never used, but it’s a number of years old.
I was pleasantly surprised it worked so well. 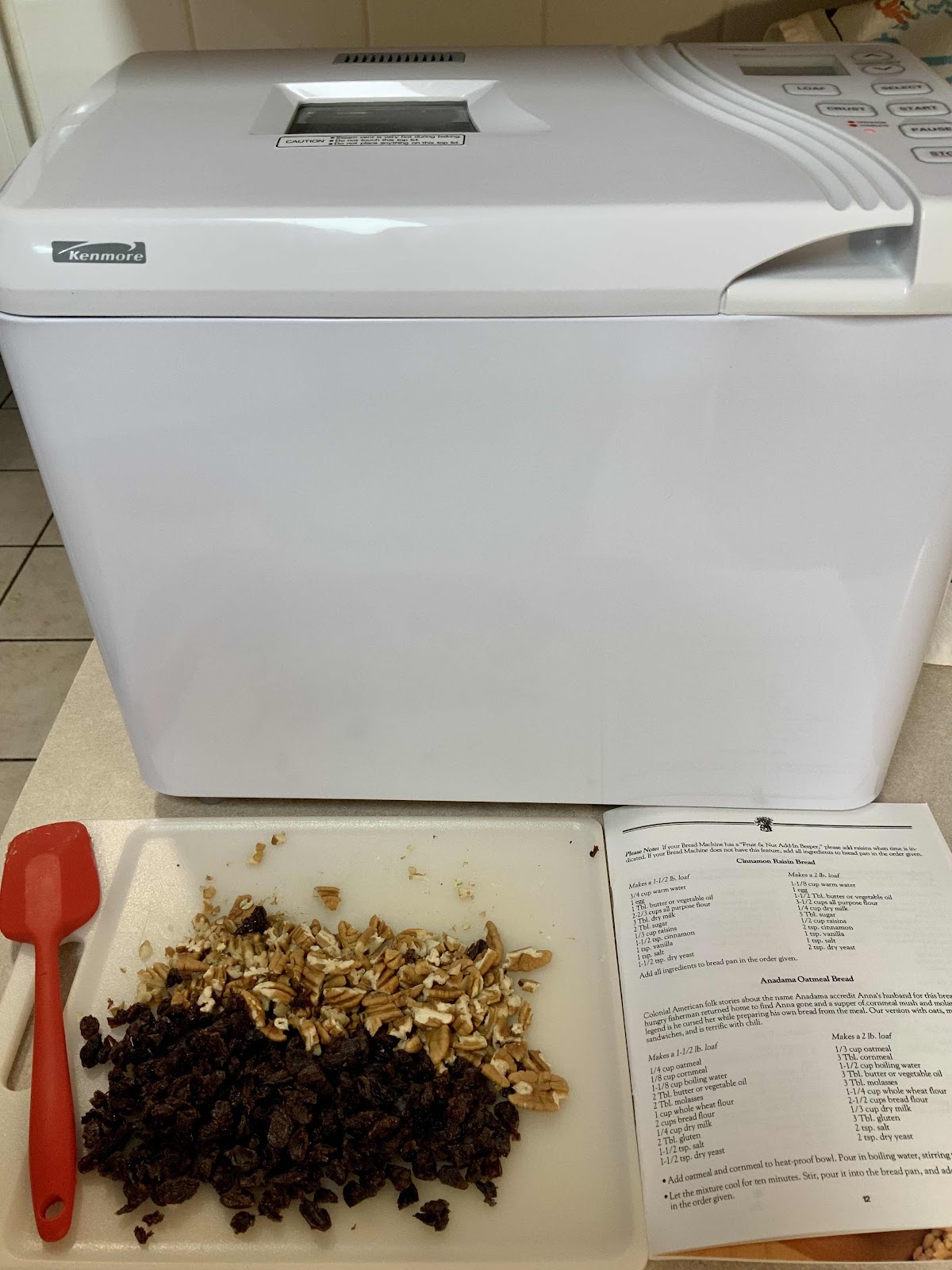 It makes a long, traditional shaped loaf.  So far I’ve baked 2 batches of the Cinnamon Raisin bread in the instruction book.
It’s a very good bread and makes wonderful toast.
It only uses 1 tablespoon of butter and 2 tablespoons of sugar - much less than I’ve used in the past for sweet breads but it makes a delicious and sweet enough bread.
I do chop the raisins just a personal preference. 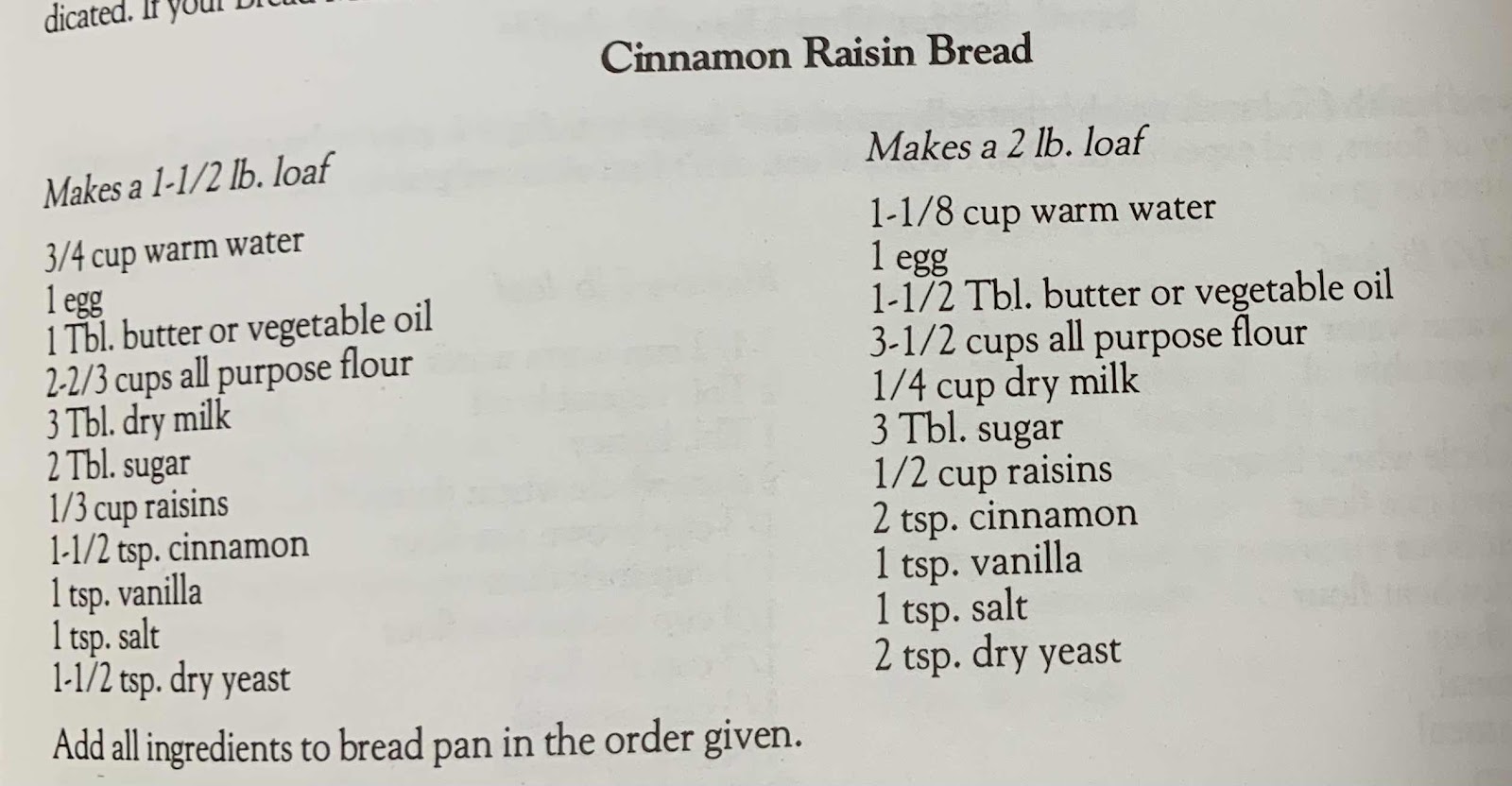 With the cost of groceries rising,  many of us may be choosing to use recipes that use smaller amounts of expensive ingredients
And I recommend this recipe.

I could never get a bread machine to work. But that cinnamon raisin bread will be so good.

What a blessing to have found all those peppers and to have a new bread machine! Our bread machine has saved us so much money and we have worn out several as well. Last week we were at the lake and bought Pepperidge Farm Buttermilk bread and it was terrible. I also thought of all the homemade bread I could have made for the cost of that one loaf. We finally made French toast out of the last of it and did not waste it. So, we are thankful to be back to our good old bread machine bread now that we are home. Your raisin bread looks wonderful but the other person in this house is a raisin hater. :)

That is a really good haul on peppers.

I have never seen a Kenmore bread machine. Great find.

I love your produce!! I'm ready to clean out our garden, but it won't stop producing. It's gotten cold here this weekend, so I need to get the garden done soon.

What a great gift that is! Thank you for sharing the raisin bread recipe. I'm going to give it a try. I usually just add spice and raisins to my regular bread recipe and it still tastes good. I crush my raisins in the blender, so it can spread evenly throughout the batter.

For years I bought thrift store bread machines or new-in-the-box bread machines. I washed the used ones and made a loaf of bread, then sold them. I left the new ones in the box and sold them. I love homemade bread, so much, that I ate it for sport and instead of meals. So, I am a good bread maker, too good. I have a new one in storage with all my possessions. Someday, I may get it out and make focaccia bread.

Don't leave us hanging.....how did the bread come out? no pics???
I'll be back to baking bread real soon.
I love this honey wheat recipe.
Great harvest of peppers! WOW!

Thank you for the Cinnamon Raisin Bread recipe! My husband is a raisin lover and I will make him this as a surprise!

I have an old TR500 Breadman bread machine (we got it for a wedding gift 23 years ago) and I checked the recipe book that came with it. Your recipe is EXACTLY the same as the Breadman recipe! And to think I never wanted to try it before I saw your post...well, if the recipe has been floating around for that long, it must be a good one. My bread machine is churning up a loaf as I write...

I'm so happy for you! How lovely to get a free and totally new bread machine! We usually get a big flush of peppers this time of year right before frost too. I always look forward to that.