BEDA #11 all kitchen stuff and a movie

Hello everyone
I stayed home all - did our laundry and a few kitchen things.
I used the crusts that were cut off for the school lunch sandwiches.  I tossed the crusts with melted butter and just a little garlic salt.  Then I toasted them in this kind of new convection oven.
We’ve had it a little more than a month and I’m really happy with it.
It was especially nice for oven cooking things during that bad heat wave.  The oven gets hot but it doesn’t seem to heat up the kitchen like my regular oven.
I’ve baked cookies, bread, muffins, biscuits, cake, tater tots in this oven all successfully. 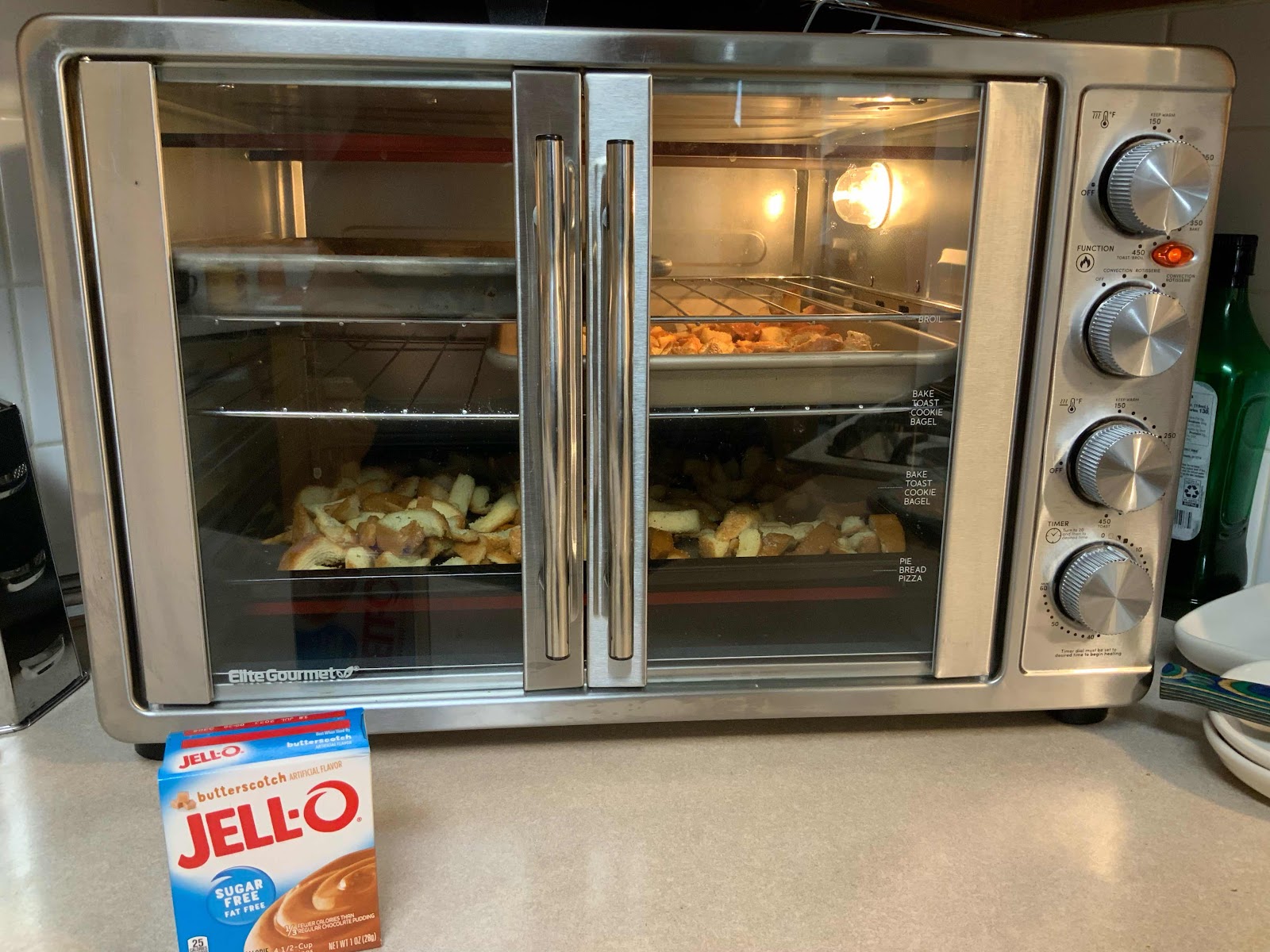 The downside is it’s large - the box of jello is for size reference.
I do like using it - things are cooking at eye level and so it’s very convenient to keep watch of things while they bake.
We bought it on Amazon and the brand is Elite Gourmet.  I think it was about $130 but it may be different now.
Years ago there was another blogger named Lyn who didn’t have an oven.  I’ve thought about her, and so far, it seems this could be a substitute for a traditional oven for most baked things.
But I’m not trying to convince anyone to buy this.  “influencers” are rather annoying these days.
I’m just writing about what we are doing.
But so far, this convection oven-giant air fryer works for us.
Back to the croutons,  my husband and I had big salads at lunch with croutons and the croutons really made a nice addition to our salads
Supper tonight was pizza. Leftovers are in the fridge as our son in law is still working and the grandsons have ball practice. 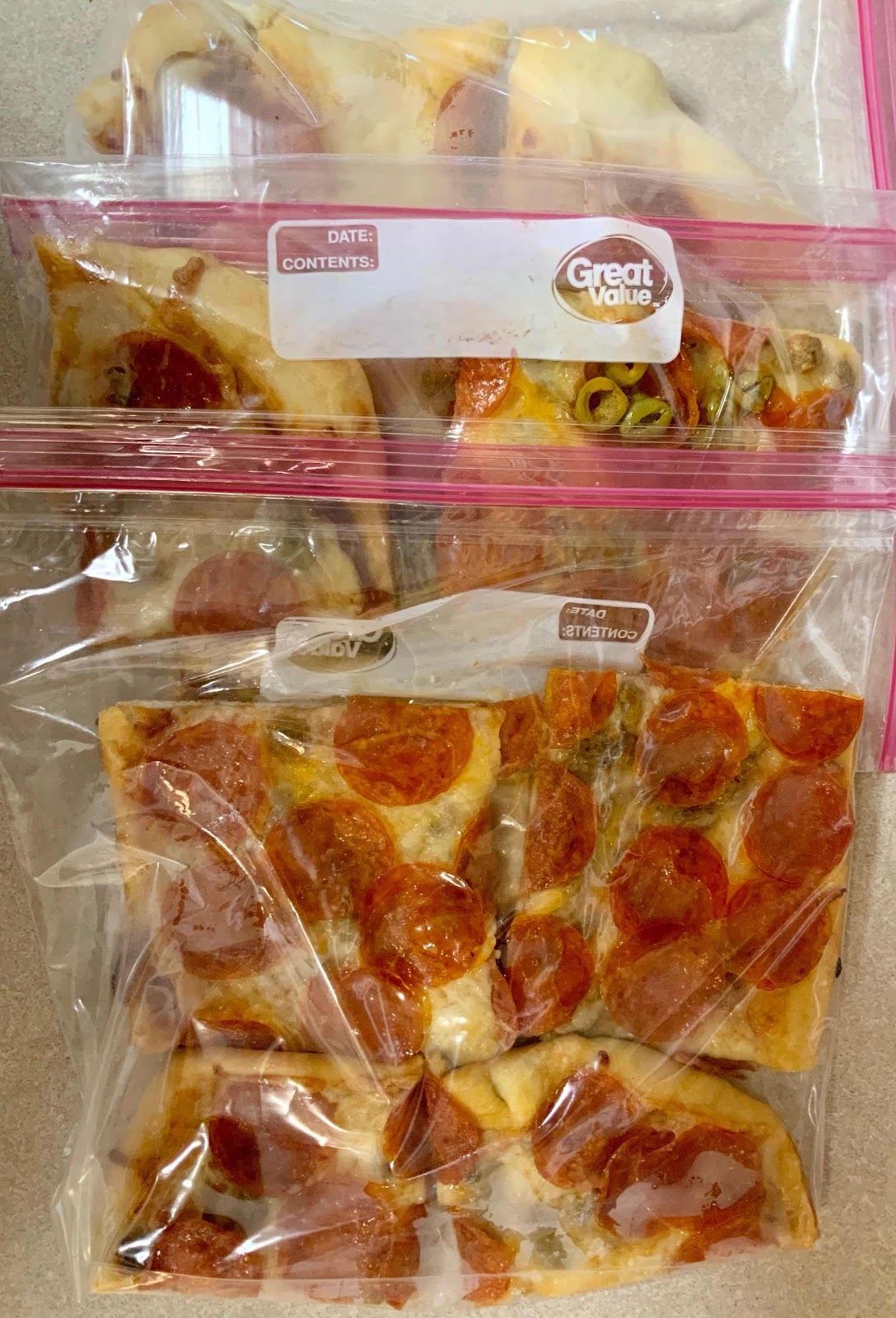 I expect the late comers will reheat their slices in the new oven.
I used up some of the leftovers from last night’s Mexican meal and made more burritos for the freezer. 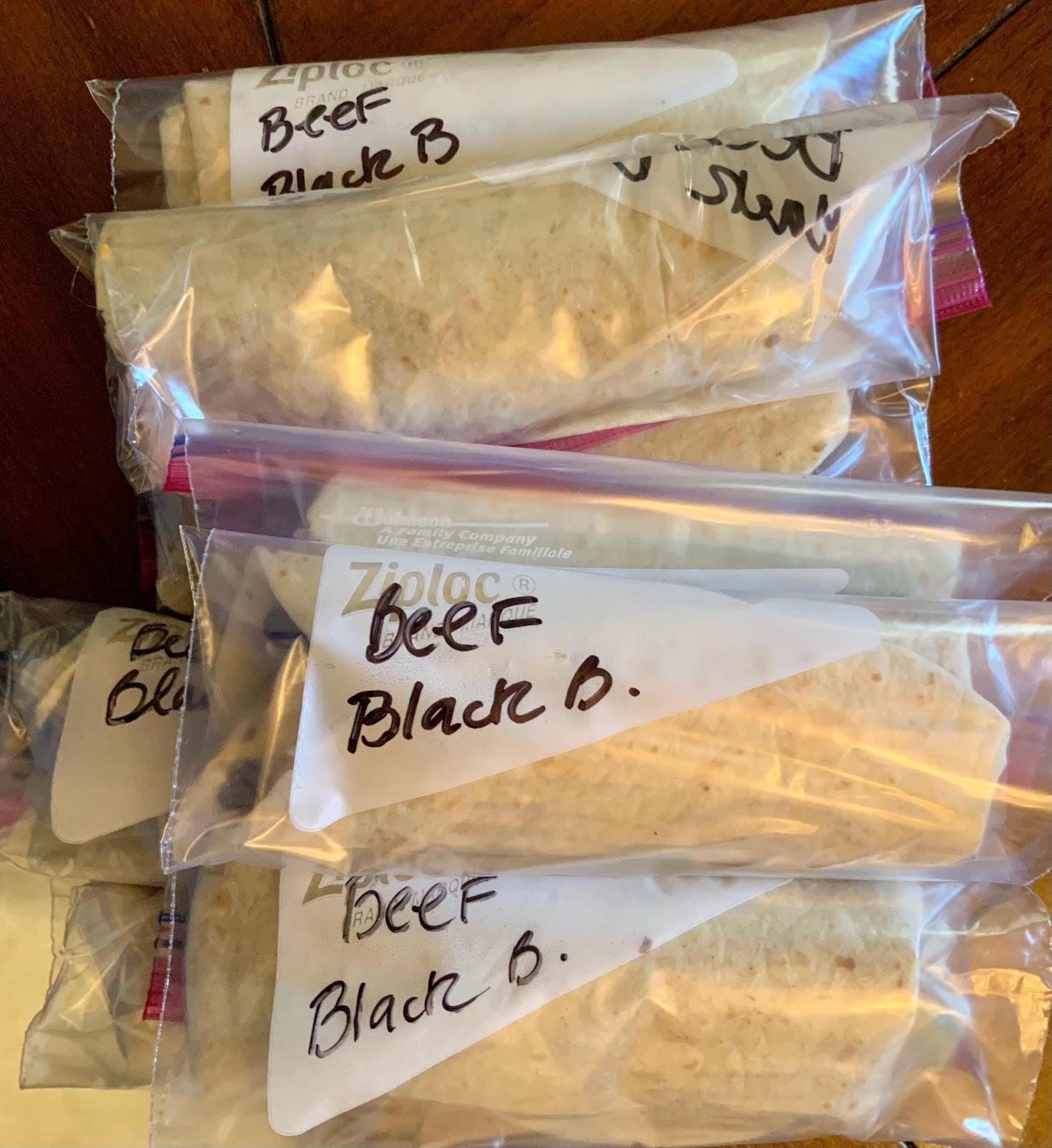 One of my husband’s friends told him how much he liked a movie called Father Stu.  We rented it from Amazon and watched it this morning.
Warning -the language is terrible- but it has such a good message about God’s grace and forgiveness.
It’s main stars are Mark Wahlberg and Mel Gibson.
We both liked it and would recommend it to adults

The more I see of ovens like yours, the more convinced I am. The tiny air fryers with a little bucket thing to cook in are not worth much. Mine broke after the second use.

Nice oven. I have o place for something like that, but I bet it is neat to use.
All the food looks yummy.

I saw Father Stu at a pre-release showing. I agree with you about the language and the message.

I like that little oven and might think about getting one. What a wonderful way to use up those bread crusts!

We have just a "regular" convection toaster oven (Breville) that our son convinced us to buy about 4-5 years ago. We are so glad we did! It comes in very handy for reheating leftovers (sometimes the microwave just won't do, like if it's pizza) or baking something in smaller pans or casserole dishes. Which is easy for us, since it's just the two of us now. Like you said, it doesn't heat up the kitchen. That's really a bonus in the summer.

When we got the air fryer, we got rid of the toaster oven to save counter space. Our air fryer is one with a basket, and it's been fine, but I find myself thinking one that is more like a toaster oven would be preferable. I shall have to investigate further...

That is a very big countertop oven, but I think it would be the perfect size for someone who didn't have an oven. It would also use less power saving you some cash.